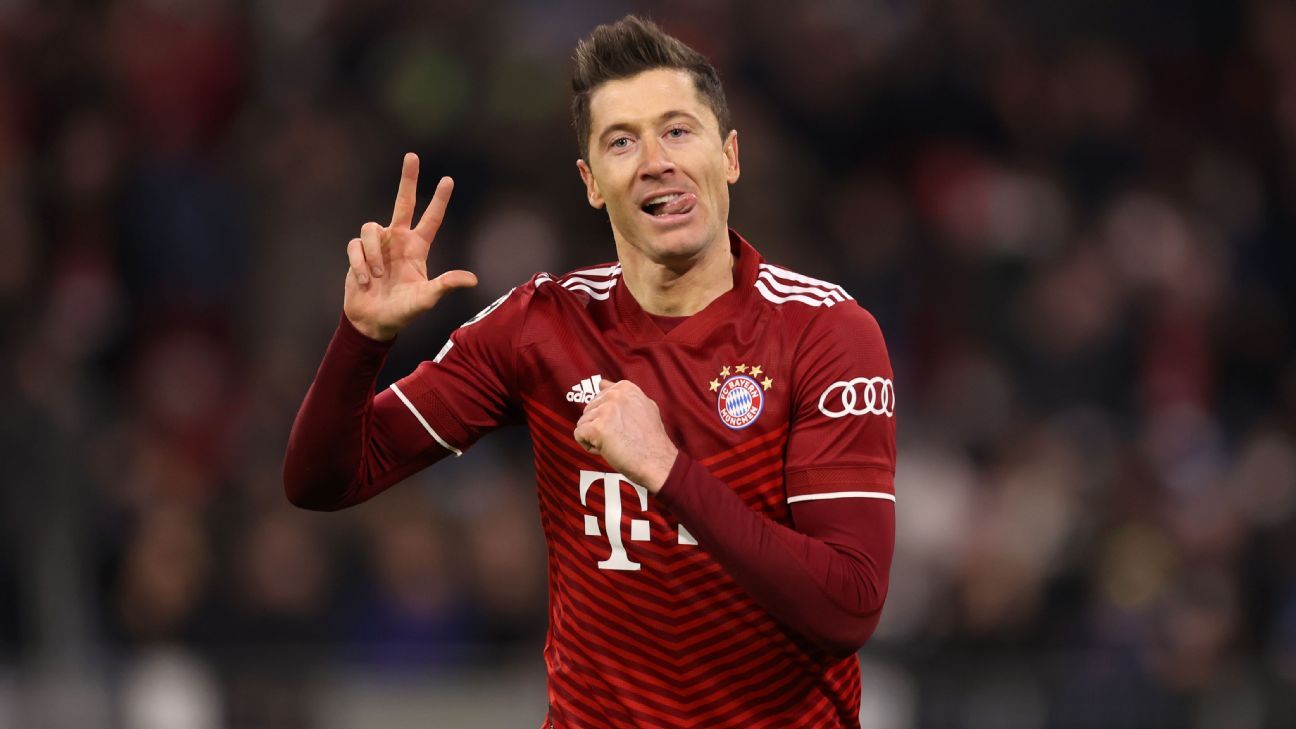 Robert Lewandowski is ready to call time on his trophy-laden eight-year spell with Bayern Munich if he isn’t offered a new deal by the summer, reports Fabrizio Romano.

Talks are yet to begin as the 33-year-old striker looks to sign a new long-term contract with the winner’s of nine-straight Bundesliga titles, but he is beginning to lose patience as the clock runs down on a deal that expires in 2023.

The report says that he is ready to leave immediately if a solution has not been reached by the time the summer transfer window opens, with the hierarchy at the Allianz Arena yet to initiate talks with Lewandowski’s representatives.

The Poland international has remained in impressive form this season, scoring 43 goals in 36 games to take his tally to a staggering 232 in all since joining from Borussia Dortmund in 2014. He was previously linked with a move to Real Madrid in recent windows and a Manchester United side desperately in need of a striker have also been named as a possible destination.

– While Juventus are interested in signing Paul Pogba, there are concerns over the Manchester United midfielder’s salary, according to Calciomercato. The 29-year-old currently earns in the region of €345,000-per-week on a deal that is set to expire in the summer, and that has forced the Serie A club to take some time before deciding whether to pursue a plan to bring him back to Turin.

– After agreeing to personal terms with Chelsea, a new cloud of uncertainty has left the future of Antonio Rudiger back in the balance, according to Bild. The latest suggests that the 29-year-old centre-back was close to a new deal at Stamford Bridge, but recent sanctions taken against the club have allowed teams back into the race for his signature. The report says that Real Madrid, Juventus, and Paris Saint-Germain are all looking to reach a pre-contract agreement with the Germany international.

– PSG have decided against offering Angel Di Maria a new contract before it expires at the end of the season, reveals RMC Sport. The 34-year-old winger has made 25 appearances this season for PSG, but with the Ligue 1 club assessing a potential deal for Ousmane Dembele, they are planning to part ways with Di Maria, who earns around €250,000-per-week.

– Promotion chasers Fulham are looking to complete a double swoop of Liverpool defenders Joe Gomez and Neco Williams in the summer, reports the Express. The Reds are reported to be looking for a fee of around £32 million if they are to part ways with the duo. Williams, 20, is currently on loan at Craven Cottage and has enjoyed a positive start to life there, having contributed to four goals in nine Championship starts. Jurgen Klopp could also be prepared to let 24-year-old Gomez go, with the centre-back making just one start in the Premier League this season.

– Lyon are impressed with the impact Tottenham Hotspur loanee Tanguy Ndombele has made so far and want to extend his stay by another year, writes Ekrem Konur. The 25-year-old midfielder has enjoyed a bright start in his return to France, playing 90 minutes last Thursday in a standout performance during Lyon’s 1-0 win over FC Porto in the Europa League. And while the Ligue 1 club have the option to make his move from Spurs permanent in the summer for a fee in the region of €55m, the latest suggests they will look to land a second loan deal instead.