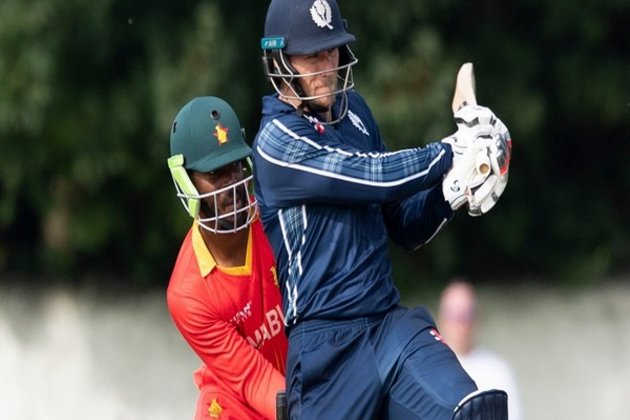 Kyle Coetzer, the ICC’s Associate Cricketer of the decade, stepped down from the captaincy throne earlier this month, having led his side in 41 T20Is and 45 ODIs.

Berrington has previously led Scotland on five occasions – two ODIs and three T20Is – in Coetzer’s absence. The upcoming ICC Cricket World Cup League 2 tri-series against Namibia and Nepal will be his first assignment as a full-time captain, for which Scotland have unveiled a 14-member squad.

Reflecting on his new role, Berrington said: “I feel incredibly honoured and privileged to lead this team and represent my country. Having come through the Scottish system from a young age, I’m very proud to take on the role of men’s captain.””We have an extremely skilful and talented group of players and a lot of experience in our squad but as a group we are always looking to find ways to improve and I’m looking forward to seeing the team continually move forward.”He further added: “As a team we’re very much looking forward to what’s ahead – three home series over the next couple of months is a great opportunity for us to keep building on the team’s recent success and we’ll be doing all we can to produce some good results in front of a home crowd.”Berrington will be assisted by Matthew Cross, who has been named as his deputy. As the leader of the side, his focus is on helping Scotland achieve the upcoming goals by “giving everything I can to help support the team”.

“We’ve had a fantastic leader in Kyle, who has been a great ambassador for our sport and I have learnt a lot under his leadership. As men’s captain, I am aiming to lead through performance, bringing my experience to the role and giving everything I can to help support the team. Long-term, World Cup qualification is key for us and we are determined to keep pushing towards full member status, while continuing to develop the younger players we have coming through,” Berrington added.

The CWCL2 tri-series will be played between July 10-17.