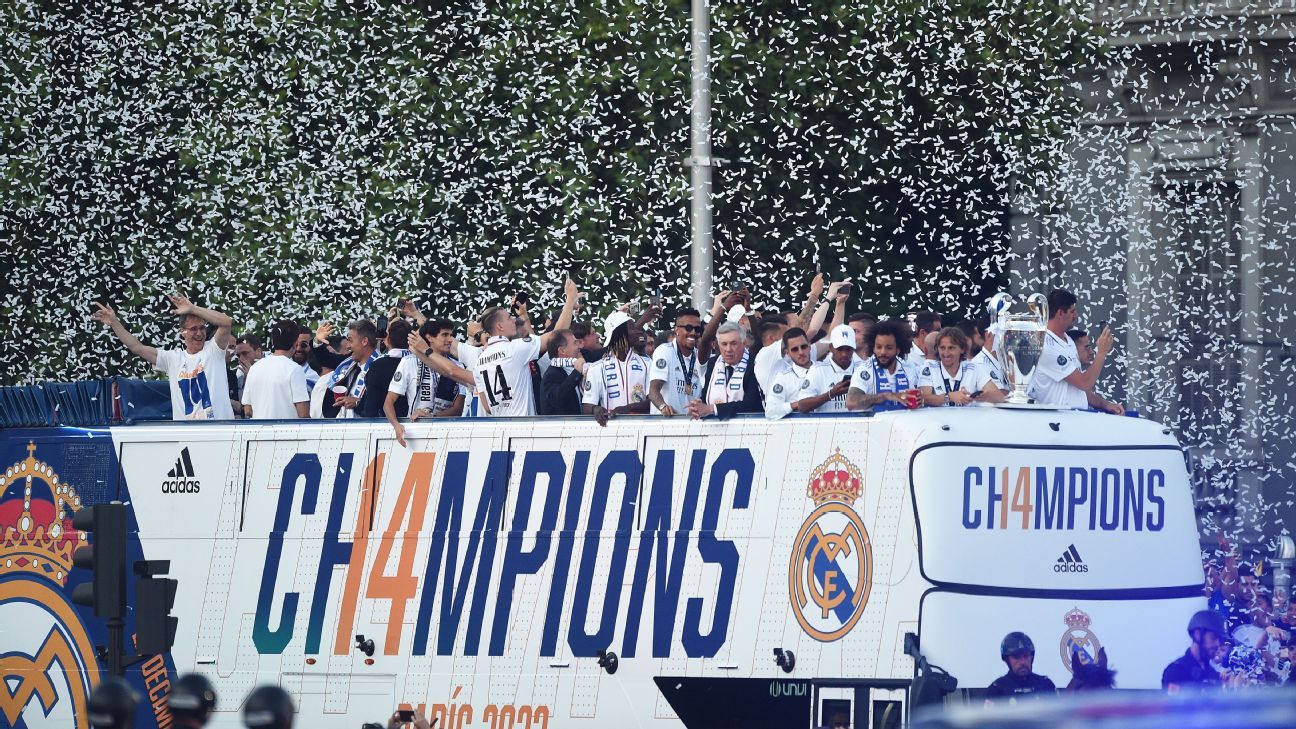 About 400,000 jubilant Real Madrid fans flocked to the streets of the Spanish capital on Sunday to join the players for a celebration of their record-extending 14th European Cup triumph after the 1-0 win against Liverpool in Paris on Saturday.

Traffic restrictions had been in place all over Madrid since late on Saturday as supporters started gathering around the central Cibeles fountain to celebrate the team’s fifth Champions League crown in nine years, secured by a Vinicius Junior strike just before the hour with Real’s first attempt on goal.

The official celebration started on Sunday at 6 p.m. local time when the victorious Real players paid their traditional visit to the Almudena Cathedral to offer the trophy to the Virgin of Almudena — patroness of Madrid.

After passing through City Hall and local government offices for a meeting with the mayor and governor, the players arrived in an open-top bus at a packed Cibeles, where some the 400,000 fans were waiting around the famous fountain.

They stayed there for over an hour as Real captain Marcelo assumed the traditional responsibility of “crowning” the Greek goddess statue.

Marcelo, in what is set to be the last of the 33-year-old’s 16 seasons at the Spanish champions, placed a Real scarf around the head of the statue and a white flag with the club’s coat of arms over her chest as his teammates and the fans waved their hands in the air to the sound of “We Are The Champions.”

The players left Cibeles right after 10 p.m. for a final three-mile run in the open-top bus to finish the party at the club’s Santiago Bernabeu stadium where a stage was built on the pitch and almost 50,000 fans were waiting in the stands.

“We are very proud to share this trophy here, in our home. Madrid is our starting point. From here, we’ve been able to transmit our values to the world,” club president Florentino Perez said.

“This European Cup will be remembered as one of the greatest in the history for how they achieved it. Real Madrid have once again conquered the hearts of all fans.

“I want to thank all the fans. This is a club that have no owner, all of you are the owners of our own destiny.”