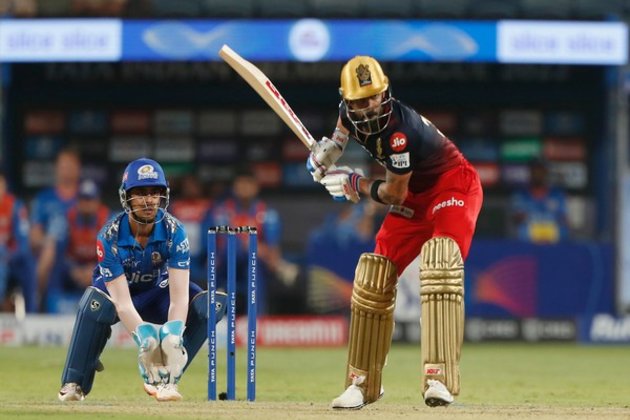 Virat Kohli fumed with anger after being dismissed LBW for 48 against Mumbai Indians on Saturday. He fell to Dewald Brevis on his first ball in the IPL. After being given out by the on-field umpire, the former RCB skipper reviewed the decision.

The third umpire, however, felt that the ball hit the bat and pad simultaneously, and there wasn’t enough evidence to overturn the on-field umpire’s decision. Kohli was left furious with the call and slammed the bat on the ground as he walked back to the pavilion.

Reacting to the decision, the franchise took to Twitter and wrote, “We were just reading through the MCC Laws of Cricket for LBW decisions, and here’s what we found. Unfortunate that Virat Kohli had to walk back disappointed after a brilliant knock.”MCC Laws of Cricket for LBW states, “In assessing point 36.1.3, if the ball makes contact with the striker’s person and bat simultaneously, this shall be considered as the ball having first touched the bat.”Coming to the match, inspiring knocks from Anuj Rawat and Virat Kohli helped Royal Challengers Bangalore defeat Mumbai Indians by seven wickets at the Maharashtra Cricket Association Stadium on Saturday.

RCB opener Anuj Rawat smashed 66 runs off 47 balls while former skipper Virat Kohli played a knock of 48 as they chased down the target of 152 with nine balls left. Earlier, RCB bowlers restricted five-time champions MI to 151/6. This is Mumbai Indians’ fourth successive loss in the Indian Premier League 2022. (ANI)