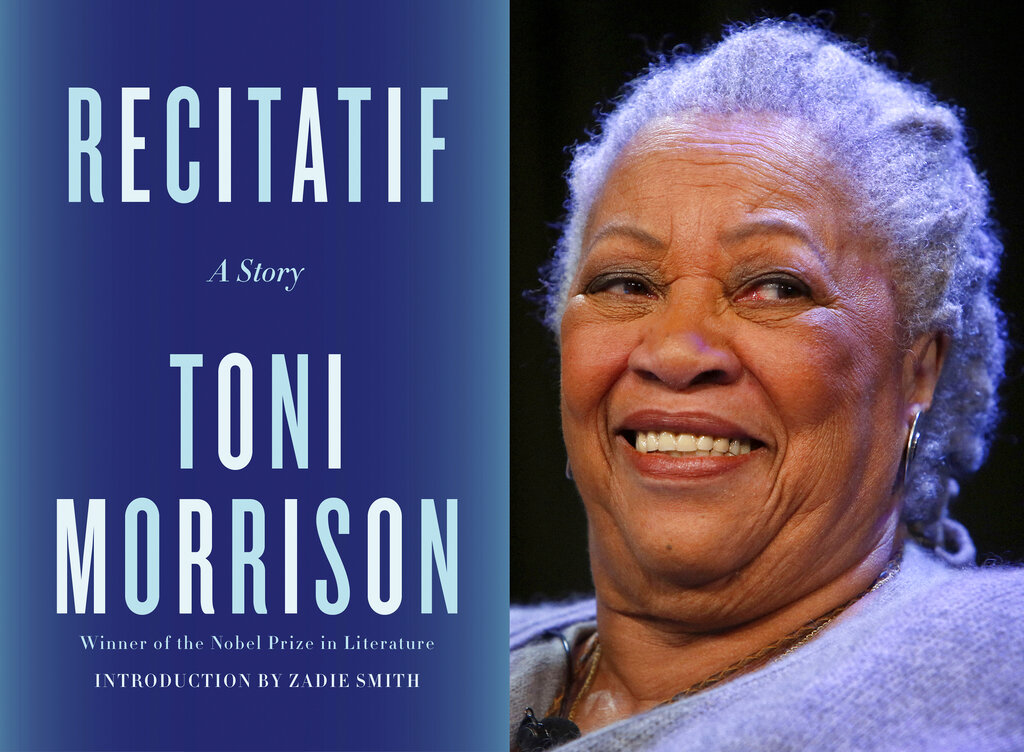 NEW YORK (AP) — To much of the world the late Toni Morrison was a novelist, celebrated for such classics as “Beloved,” “Song of Solomon” and “The Bluest Eye.”

But the Nobel laureate did not confine herself to one kind of writing.


Books to read in the new year

Morrison also completed plays, poems, essays, and short stories, one of which is coming out as a book on Feb. 1. “Recitatif,” written by Morrison in the early 1980s and rarely seen over the following decades, follows the lives of two women from childhood to their contrasting fortunes as adults. Zadie Smith contributes an introduction and the story’s audio edition is read by the actor Bahni Turpin.

According to Autumn M. Womack, a professor of English and African American Studies at Princeton University (where Morrison taught for years), the author had written short fiction at least since her college years at Howard University and Cornell University, though she never published a story collection. “Recitatif” was included in the 1983 release “Confirmation: An Anthology of African American Women,” co-edited by the poet-playwright Amiri Baraka and now out of print.

“Recitatif” refers to a musical expression defined by Merriam-Webster as “a rhythmically free vocal style that imitates the natural inflections of speech,” a style Morrison’s often suggested. The story tells of a series of encounters between Roberta and Twyla, one of whom is Black, the other white, although we are left to guess which is which.


2021 in Books: `Everything feels magnified’

They meet as girls at the St. Bonaventure children’s shelter (“it was something else to be stuck in a strange place with a girl from a whole other race,” remembers Twyla, the story’s narrator). And they run into each other on occasion years later, whether at a Howard Johnson’s in upstate New York, where Twyla was working and Roberta comes in with a man scheduled to meet with Jimi Hendrix, or later at a nearby Food Emporium.

“Once, twelve years ago, we passed like strangers,” Twyla says. “A black girl and a white girl meeting in a Howard Johnson’s on the road and having nothing to say. One in a blue and white triangle waitress hat — the other with a male companion on her way to see Hendrix. Now we were behaving like sisters separated for much too long.”

As Womack notes, “Recitatif” includes themes found elsewhere in Morrison’s work, whether the complicated relationship between two women that was also at the heart of her novel “Sula” or the racial blurring Morrison used in “Paradise,” a 1998 novel in which Morrison refers to a white character within a Black community without making clear who it is. Morrison often spoke of race as an invention of society, once writing that “the realm of racial difference has been allowed an intellectual weight to which it has no claim.”

In her introduction, Smith likens “Recitatif” to a puzzle or a game, while warning that “Toni Morrison does not play.” The mystery begins with the opening lines, “My mother danced all night and Roberta’s was sick: “Well, now, what kind of mother tends to dance all night?” Smith asks “A black one or a white one?” Throughout the story, Morrison will refer to everything from hair length to social status as if to challenge the reader’s own racial assumptions.


Trump photo book ‘Our Journey Together’ coming next month

“Like most readers of ‘Recitatif,’ I found it impossible not to hunger to know who the other was, Twyla or Roberta,” Smith acknowledges. “Oh, I urgently wanted to have it straightened out. Wanted to sympathize warmly in one sure place, turn cold in the other. To feel for the somebody and dismiss the nobody.

“But this is precisely what Morrison deliberately and methodically will not allow me to do. It’s worth asking ourselves why.”