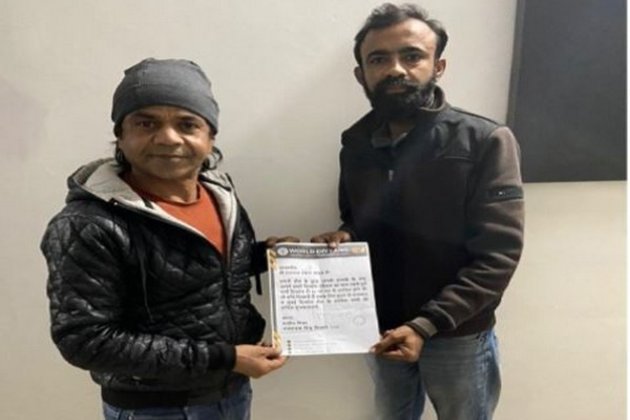 New Delhi [India], February 14 (ANI/TPT): World Divyang T10 Premier League in association with the Para-cricket association of India has announced its Season 2 of cricket matches for the specially-abled individuals.

After the team from Gujarat, the Mumbai Team has been officially acquired by Indian actor and comedian Rajpal Yadav.

The series is being prepared to begin in the month of March 2022 and will be taking place in a stadium in Noida.

Giving a field to every one of the capable and enthusiastic players who have skipped the bars of limitations, The World Divyang T10 Premier League will be witnessing eight cricket teams competing against each other. The teams have players from the whole way across the world including Afghanistan and Bangladesh. Previous Para-Olympic members who have graciously addressed their nations at national and international levels are also being a part of this league.

Rajpal Naurang Yadav is a celebrated Indian actor who has been seen playing iconic roles on the silver screen. Many of his most acclaimed movies include Garam Masala, Chup Chup Ke, Dhol, Phir Hera Pheri, and many more. Though he found immense success in negative roles, the audience loved him for his comic timing and laughter quotient. He also made his debut in the Telugu industry in 2015 with Kick 2.

Talking about acquiring a team, Actor Rajpal Yadav said, ” I am happy to be a part of World Divyang Premier League T10, as it will definitely help boost the player’s confidence. Cricket is loved by most of the people around us and I am glad that I will be able to watch such young talent play closely. Physical limitations should never stop them from proving their worth and the premier league is doing amazing work by giving them a credible platform. I wish them all the luck for their future endeavors and would love to see them giving their best in every match they play.”Talking about the premier league, Founder Rajeev Mishra said, “I always had the vision to help such talents who are not recognized by people. Through this platform, I am happy that many young talents will be able to prove their worth. It is sure that many cricket enthusiasts will come in front and use this platform at its best. Through World Divyang Premier League people will come to know about these young talents and for sure win the hearts of many people.”The Para-cricket Association Of India has been appointed as the caretaker of all the proceedings for the second season that is to begin in February. One could undoubtedly say that The World Divyang T10 Premier League has helped specially-abled players embark on the journey of finding their calling on the field and do justice to the plethora of talent that they are carrying within themselves.

This story is provided by TPT. ANI will not be responsible in any way for the content of this article. (ANI/TPT)