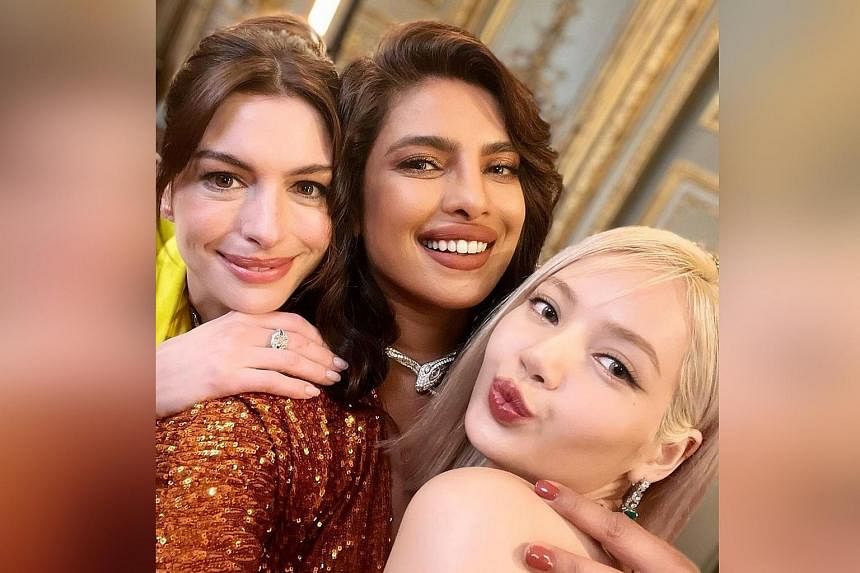 Chopra, 39, posted the photo on Instagram on Tuesday (June 7) and wrote: “And then there was us.. girls just wanna have fun.”

Chopra’s husband, singer-actor Nick Jonas, reacted to the post with two fire emojis and a smiling face with heart-shaped eyes.

The photo has received more than 1.65 million likes as of Tuesday afternoon, with one netizen commenting: “Queen of Bollywood, Queen of Genovia and Queen of K-pop slayingggggg”, referring to Chopra, Hathaway and Lisa respectively.

The trio, who are brand ambassadors for Bulgari, are currently at a Bulgari event in Paris. Both Lisa, 25, and Hathaway, 39, have also shared photos endorsing the Italian luxury brand.

Hathaway had just attended the Cannes Film Festival in France in May for the premiere of her period drama Armageddon Time.

Chopra, who announced in January that she and Jonas have welcomed their baby girl via surrogacy, is set to star in the drama Secret Daughter, directed by Singaporean film-maker Anthony Chen.

Blackpink said in an interview with Rolling Stone magazine that they are preparing to make their long-awaited return to the music scene in 2022, with a possible concert tour.