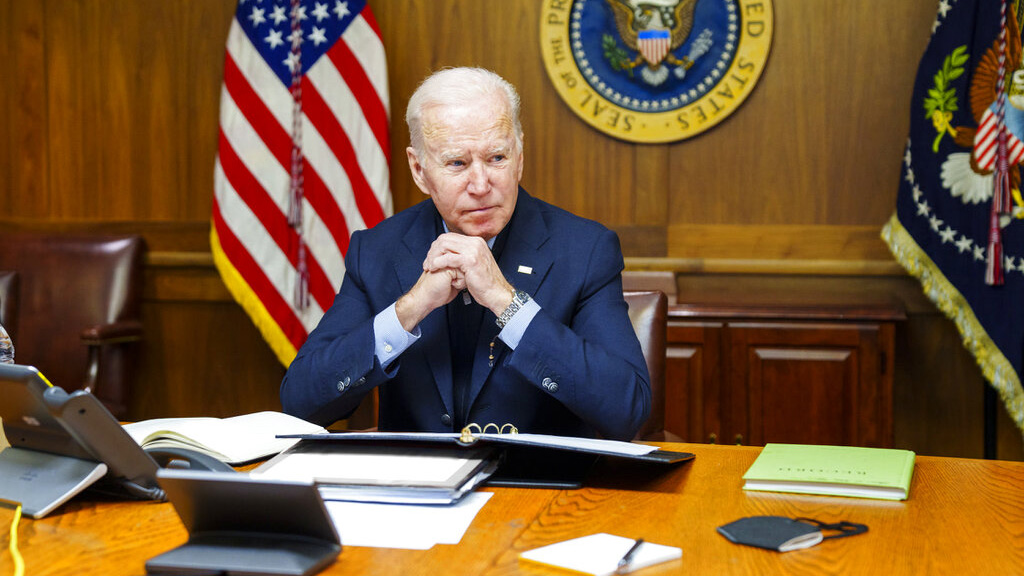 WASHINGTON (NEXSTAR) — President Joe Biden and Russian President Vladimir Putin spoke for more than an hour about the continuing Russian military buildup on the Ukrainian border.

A statement from the White House says in part, “President Biden was clear that, if Russia undertakes a further invasion of Ukraine, the United States together with our allies and partners will respond decisively and impose swift and severe costs on Russia.”

A senior administration official says while the talks were constructive, President Putin did not make any promises nor agree to de-escalate.

“We have been as clear as we possibly can be,” Secretary of State Antony Blinken said.

“There are two paths forward and it is ultimately up to President Putin to decide which path to follow,” Blinken said.

Defense Secretary Lloyd Austin also spoke with his Russian counterpart on Saturday. The Pentagon announced that 160 Florida National Guard troops who were deployed to Ukraine on a training mission have been ordered out of Ukraine.

The U.S also announced that the American Embassy in Kyiv has been ordered to evacuate and officials continue to urge U.S citizens to leave Ukraine now.

“If you stay, you are assuming risk, with no guarantee that there will be any other opportunity to leave,” National Security Advisor Jake Sullivan said.

The State Department emphasized that the U.S will not risk U.S service members’ lives to evacuate American citizens who ignore their warnings and choose to remain in Ukraine.