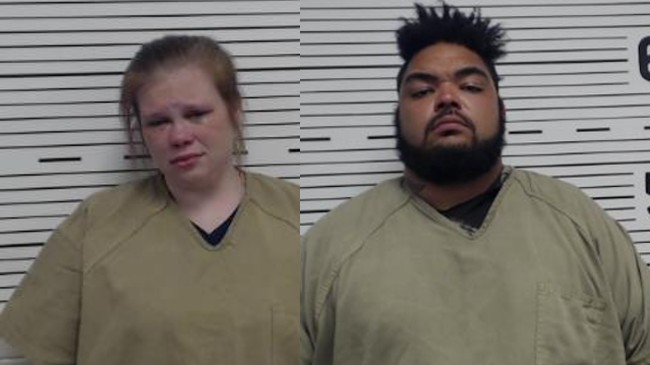 LAWRENCE COUNTY, Ala. (WHNT) — Jordan Ellan Harmon and Travius Sebastian Coleman are scheduled to appear in court Tuesday afternoon as their jury trials get underway.

Both Harmon and Coleman are facing murder charges in connection to the death of Harmon’s son, 15-month-old Emery Michael-Knox Wilson in April 2021. The two were dating at the time the child died.

Preliminary hearings for both are scheduled to begin at 1 p.m. Tuesday at the Lawrence County Courthouse. According to online records, they will not be tried together.

On April 11, 2021, emergency crews were called to the intersection of Highway 24 and County Road 214 where someone was performing CPR on the toddler. The child was taken to Decatur-Morgan Hospital and then transferred to a hospital in Birmingham.

The toddler died in the hospital on April 13 and an autopsy was ordered.

Harmon was arrested on April 12 and charged with aggravated child abuse. She was released on a $60,000 bond in September 2021.

Lawrence County Sheriff Max Sanders would later confirm the autopsy results showed the child died from blunt force trauma to the head. The autopsy also revealed there were several other injuries, along with a toxicology report showing the “presence of compounds” similar to those found in cannabis in the child’s system.

Harmon and Coleman were both arrested in January following the release of the autopsy results. They were both charged with murder, aggravated child abuse and chemical endangerment of a child.

If convicted, each face a sentence of anywhere from 20 to 99 years in prison.