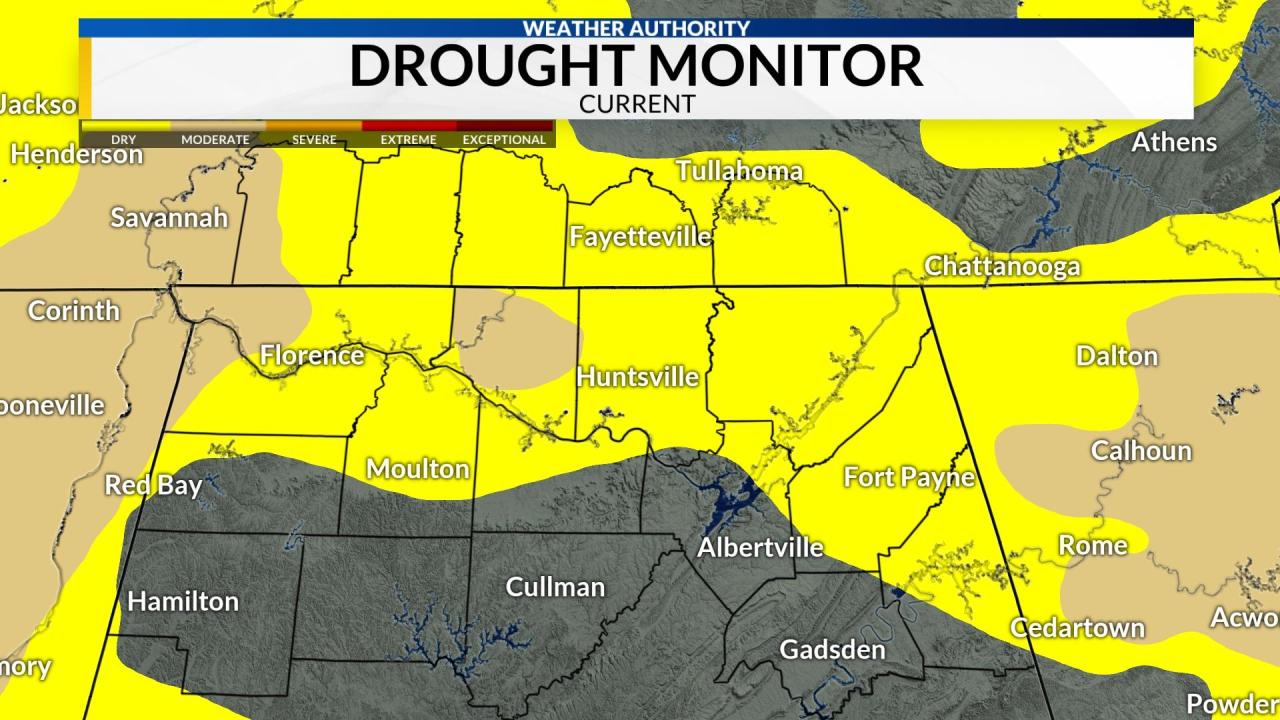 During the month of June, the entire area has seen a deficit when it comes to rainfall. The latest drought monitor update was released Thursday morning and we are certainly seeing the impacts of the little rain we have received.

‘Abnormally Dry’ conditions, the area in yellow, have been extended to include southern middle Tennessee and the majority of northern Alabama. We have also seen an expansion of ‘Moderate Drought’ conditions, areas in beige, including portions of Colbert, Lauderdale, and Limestone Counties. As we head into the Holiday weekend, it is important to keep in mind that the ground and crops are dry. If you are planning to set off fireworks make sure you use extreme caution.

Just How Dry Has June Been?

As we round out the month of June, many locations will end it with an inch or more deficit of rainfall. Athens will see its driest June on record with rain totals for the month not even hitting one inch. While it has been dry in Huntsville, it certainly hasn’t been the driest on record.

Looking forward to the first week of July, we will continue to see the potential for rainfall. This activity will be scattered in coverage though, so while some will see rain others will not. With plenty of moisture in the atmosphere, showers or storms will have the potential to produce localized heavy rain.