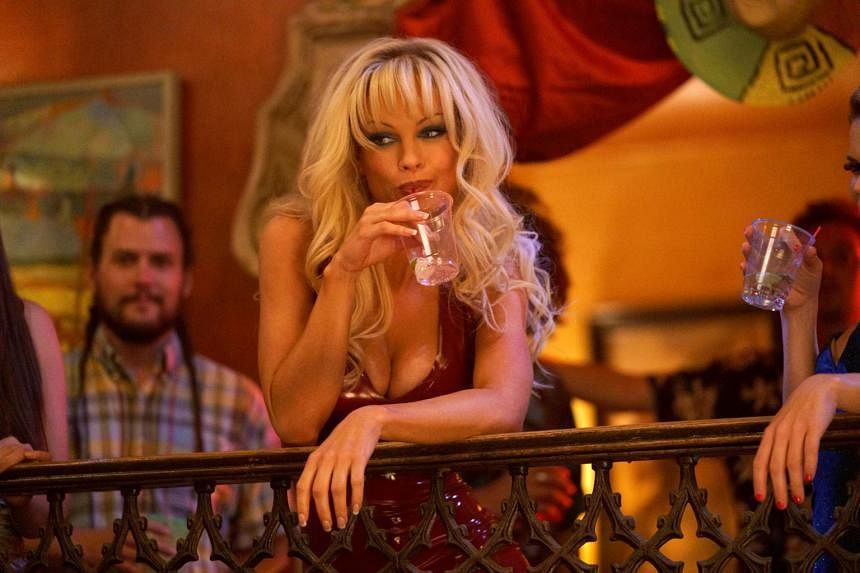 LOS ANGELES – If you were going to pick someone to play former Baywatch bombshell Pamela Anderson, English actress Lily James might not be the first person you would think of.

And James – who starred in the British period drama Downton Abbey from 2012 to 2015 – would have agreed that she was an unlikely choice.

But the 32-year-old English star transformed herself for Pam & Tommy – a miniseries dramatising the little-known story of how the infamous sex tape of Anderson and her former husband Tommy Lee went viral in the 1990s.

Now streaming on Disney+, it co-stars 39-year-old Marvel actor Sebastian Stan (Captain America: The Winter Soldier, 2014) as rock star Lee – the Motley Crue drummer and first husband of Canadian actress and Playboy model Anderson, who is best known for her 1992 to 1997 role on the television hit series Baywatch.

In 1995, the year they got married, a disgruntled contractor named Rand Gauthier (played by Seth Rogen) – whom the newlyweds had refused to pay for some home renovations – stole an intimate video they had filmed.

After he sold it, it became a global sensation – the first viral celebrity sex tape of the online age.

At a virtual press event, James says she does not recognise herself at all when she sees herself on screen as Anderson.

“I don’t really see myself, which is really surreal and quite crazy,” says the star, who also stars in the romantic dramas Cinderella (2015) and Yesterday (2019).

“While I was filming, as it went on, I recognised myself less and less because, more often than not, I was dressed up in Pam’s whole look and I stayed in the accent the entire four months that we shot.”

“So it was sort of weird becoming English Lily again. I did have to take myself off into the English countryside and just go on long walks and assimilate back into myself.”

The series offers a somewhat revisionist, sympathetic portrayal of Anderson and Lee, who both became punchlines for many years following the release of the sex tape.

This was important to James, especially when it came to the depiction of Anderson, now 54 and an author and animal rights activist.

“I never wanted it to be a caricature. I always wanted to play her authentically because I have huge respect for her and I really admire her. So I wanted her to be a real person,” James explains.

To do that, the actress learnt as much as she could about Anderson, which included watching all her TV shows and films, and reading everything she had written.