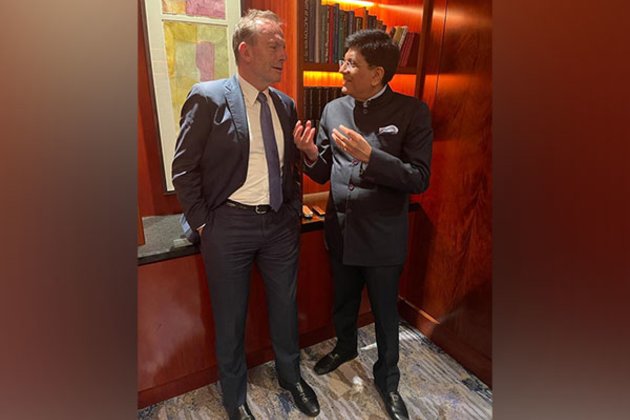 Taking to Twitter, Goyal said that Abbott has played a key role in realising the India-Australia Economic Cooperation and Trade Agreement (ECTA).

“It was a pleasure meeting Australian PM’s Special Trade Envoy for India @HonTonyAbbottin Melbourne. He has played a key role in realising the IndAusECTA. Discussed how both countries can build on this deal to increase supply chain resilience in the Indo-Pacific region,” Goyal tweeted.

During the visit, Goyal will hold wide-ranging discussions with his Australian counterpart, Dan Tehan MP, Minister for Trade, Tourism and Investment, on carrying forward the ECTA, the Ministry of CommerceIndustry said in a statement.

ECTA is the first trade agreement of India with a developed country after more than a decade and provides for an institutional mechanism to improve trade between the two countries.

Union Minister will also visit the landmark Melbourne Cricket Ground and address the Australia-India Chamber of Commerce and Austrade, along with Minister Dan Tehan, besides interacting with the Indian media. He will later visit the Shiva Vishnu Temple in Melbourne and attend a Community event with the Indian Diaspora.

On Thursday, Goyal and Minister Dan Tehan will address and interact with students at the in University campus.

Goyal will meet with the Australian Agricultural Producers and hold talks with Deputy Premier Roger Cook and Madeline King, Shadow Trade Minister in Perth. He will visit the Western Australia Cricket Ground (WACA) in Perth and attend a Tourism event in conjunction with Tourism Western Australia, besides holding a Press Interaction with the Indian Media Delegation. On Friday evening, Goyal will address the Community Centre Indian Society of Western Australia (ISWA).