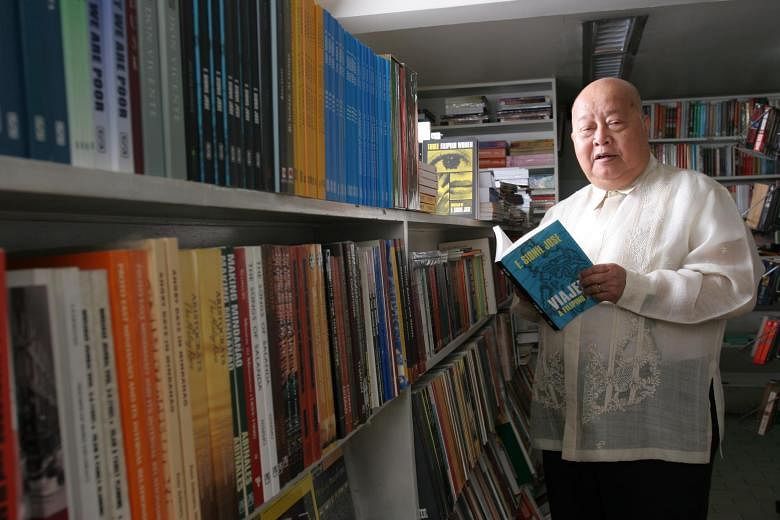 MANILA (AFP) – Philippine novelist Francisco Sionil Jose, whose widely translated works delved into the South-east Asian country’s painful colonial past and social injustices, died on Thursday (Jan 6), according to a literary guild he had founded. He was 97.

He died at a Manila hospital one day before he was to undergo an angioplasty, the Philippine Centre of International PEN said in a statement on its Facebook page.

His death was also announced by The Varsitarian, the student paper which he had edited at the Manila university where he studied.

A self-declared “agnostic”, the writer took to Facebook earlier on Thursday in what would effectively be his last words, thanking God as well as his “brave heart” for “this most precious gift” as he waited for his blood vessel procedure.

“Now, that I am here in waiting for an angioplasty, I hope that you will survive it and I with it, so that I will be able to continue what I have been doing with so much energy that only you have been able to give,” he wrote.

The son of a church minister and a dressmaker, Jose grew up in a poor rural village in the northern province of Pangasinan – where he developed an early love for reading and later set many of his novels.

His writing was deeply influenced by the Philippine national hero Jose Rizal and he was best known for his “Rosales Saga”.

“One of the greatest tasks of Filipino writers is how to make Filipinos remember. Not only to remember but to love this country,” Jose said in a 2011 interview.

Born under US rule

Jose was born on Dec 3, 1924, when the Philippines was an American colony.

After working in the US Army Medical Corps during World War II, he studied literature and edited The Varsitarian, the student publication at the University of Santo Tomas in the capital Manila.

He quit college before finishing his degree.After a stint at the now-defunct United States Information Agency at the US embassy in Manila, Jose joined the Manila Times newspaper where he worked for a decade.