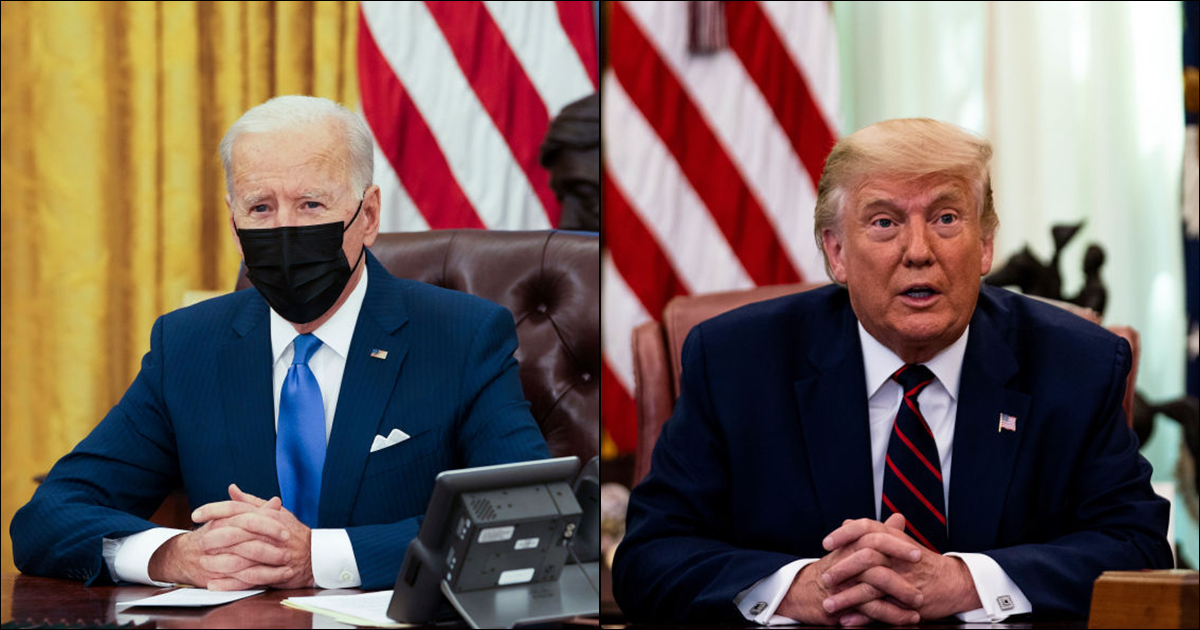 (The Hill) – Democratic and Republican voters are split on whether they want President Biden and former President Trump to lead their party’s ticket in the 2024 election, according to a new poll.

The survey, conducted by CNN and SSRS, found that 45 percent of Democrats and Democratic-leaning independents who are registered to vote say the party should re-nominate Biden as its candidate for president in 2024, while 51 percent of those respondents would opt for a different candidate.

Meanwhile, 50 percent of Republicans and Republican-leaning independents who are registered to vote say they want the GOP to renominate Trump as its candidate for president in 2024, while 49 percent of respondents would go with a different individual.

Trump, on the other hand, has not yet said if he will wage another bid for the White House. In July, however, he told Fox News’s Sean Hannity that he had made a decision on whether he will run, but did not reveal which way he was leaning.