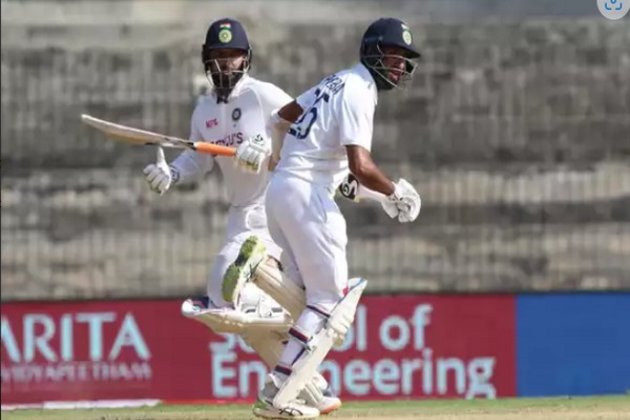 Leicester [England], June 22 (ANI): Ahead of the fifth scheduled Test match against England on July 1, team India will lock horns with Leicestershire in a four-day warm-up match beginning on Thursday.

The rescheduled match is a part of last year’s five-match Test series that had to be delayed after the fourth Test due to a Covid-19 outbreak in the Indian camp.

The warm-up fixture will be an opportunity for the Men in Blue to get into cement themself in the new condition after a long time for the all-important fifth Test.

The series is in favour of the visitors, who are leading 2-1 after defeating the hosts in the fourth Test at the Oval last year by 157 runs.

Captain Rohit Sharma will be leading India for their warm-up match against Leicestershire as well as in rescheduled Test match against England, starting on July 1 at Edgbaston.

LCCC, BCCI and the ECB have all approved allowing the four players from the visiting camp to be part of the Running Foxes side, in order to allow all members of the travelling party to participate in the fixture (subject to fitness).

The match will be played with 13 players per side to deliver further variations and help manage bowling workloads.