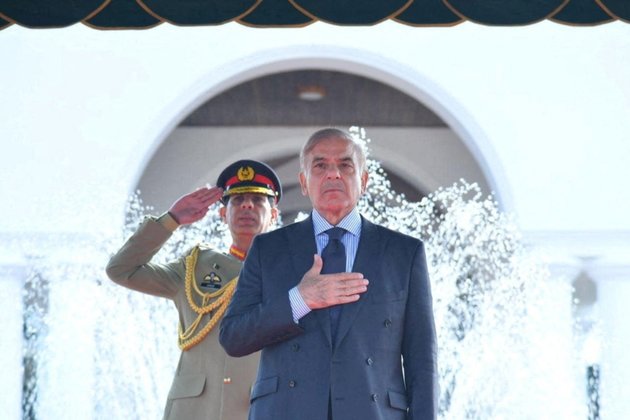 Acting President Sadiq Sanjrani administered the oath to the 37 ministers and advisers at a ceremony televised live, with Sharif and senior leaders of his Pakistan Muslim League-Nawaz (PML-N) in attendance.

Sharif, who was elected by the National Assembly, or lower house of parliament, on April 11 as the successor to Khan, has formed a coalition government of several parties, with his bitter political adversary, the Pakistan Peoples Party (PPP) as the second largest partner.

The PML-N, which is back in power after almost four years, and the PPP, have 16 and 11 members in the Cabinet respectively. The rest represent smaller coalition partners.

Khan, the 69-year-old former cricket star, lost the no-confidence motion after more than two dozen lawmakers from his Pakistan Tehreek-e-Insaf (Justice Movement) party defected and allies abandoned his coalition government in the run-up to the April 10 vote.

The ousted prime minister has since unleashed a series of massive public rallies in Pakistan in a show of power and to demand early elections.

Khan accuses the United States of colluding with his political rivals to remove him from power for visiting Russia and persuading an “independent foreign policy” for Pakistan.

Pakistan Army: No US Conspiracy Behind PM Khan’s Ouster

Washington has rejected the allegations as not true as have Pakistani opposition parties. Since taking office last week, Sharif has dismissed Khan’s allegations as a pack of lies, although he has promised to get them investigated.

Prominent PML-N leaders such as Khawaja Mohammad Asif, Ahsan Iqbal, Ayaz Sadiq and Marriyum Aurangzeb are among the Cabinet members.

Hina Rabbani Khan, a former foreign minister, Sherry Rehman, former ambassador to Washington and former minister Khursheed Shah are among the ministers representing the PPP in the Cabinet who were sworn in Tuesday.