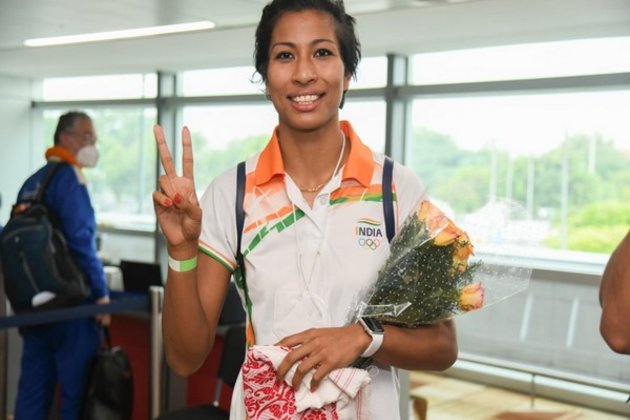 Istanbul [Turkey], April 21 (ANI): Nikhat Zareen, part of the TOPS Development team, is looking forward to the Elite Women World Boxing Championship in Turkey, scheduled from May 6 to 21. A total of 12 boxers, including Nikhat and Tokyo 2020 bronze medalist Lovlina Borgohain, are set to compete at the event which is a much-needed litmus test ahead of the Commonwealth Games and the Asian Games, scheduled later this year.

The team, comprising 12 boxers and 11 support staff, left India on April 20 and has embarked on a training camp in Turkey, until May 5, prior to the competition. The Government of India has sanctioned a total amount of Rs 92.12 lakh to facilitate the training camp and competition for the team.

“I’m really excited and confident [about competing at the World Championship]. Lately, I’ve been on a good run and I hope that it’ll continue. I’ve prepared well for it. I had analysed my performance and worked on the things in which I was lacking. I’ll give my best at the world championship, ” Nikhat Zareen told Sports Authority of India.

Nikhat is set to compete at the Asian Games later this year in the women’s 51kg category. She has been training along with the rest of the women’s boxing team at the SAI national centre of excellence IG Stadium, Delhi. Apart from Nikhat, Manisha Moun (57kg), Jaismine (60kg), Lovlina (69kg) and Saweety Boora (75kg) have sealed berths from the women’s team for the Asian Games 2022.

Speaking about the evolution of her game training at SAI centres over the years, Nikhat mentioned, “I’ve improved my game, both physically and mentally. I’m more of a technical boxer now. There have been good benefits from training at the SAI centres like we get good coaches, good training facilities, proper diet etc. All the necessities that athlete needs is been taken care of.

“We can train at any SAI centres during the offseason which really helps an athlete financially and remain at the top fitness. I’m really grateful to SAI for all the help they provide to us,” Nikhat Zareen added.