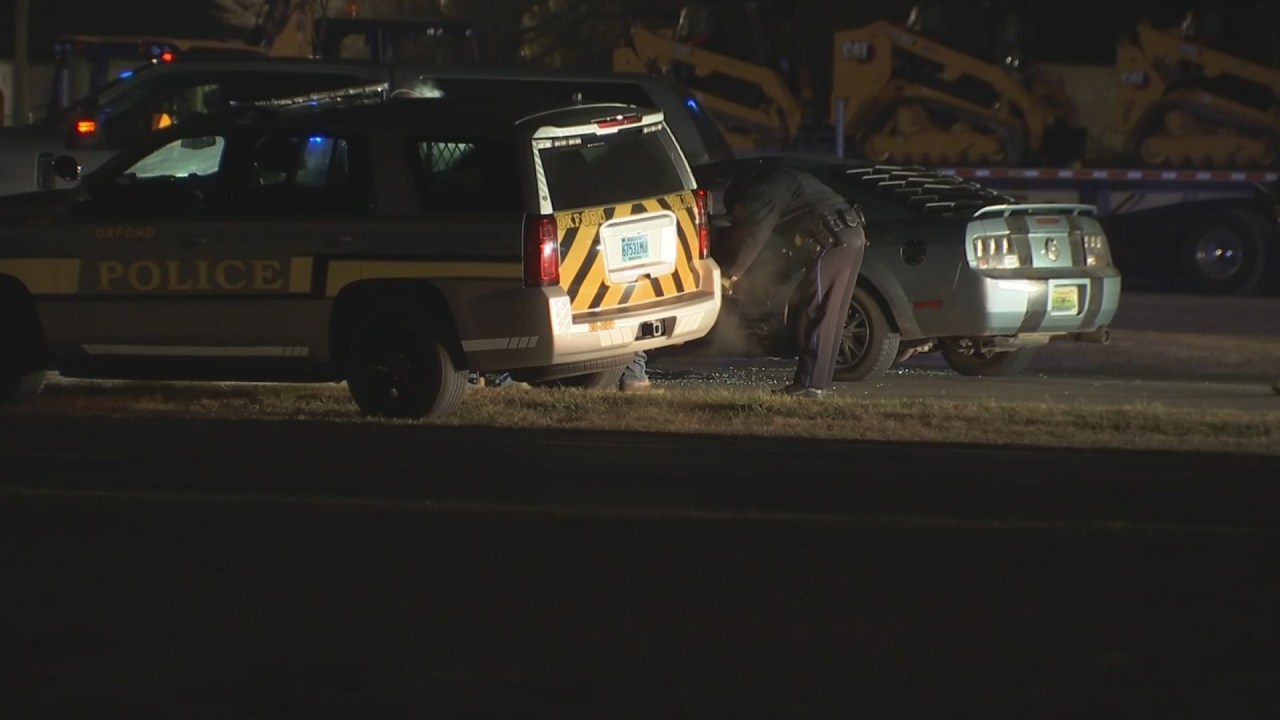 OXFORD, Ala. (WIAT) — The Oxford Police Department is investigating a officer-involved shooting that left a suspect dead early Monday morning.

According to reports, officers were involved in a pursuit Monday that started after reports of a stolen vehicle at gun point. During the pursuit, Oxford PD were allegedly fired upon on I-20 several times by the driver.

The suspect was shot by Oxford police as they returned fire at Airport Road and Hwy. 21.

The driver was pronounced dead at the scene. No officers were injured.

The investigation is ongoing.

Stay with CBS 42 as this develops.