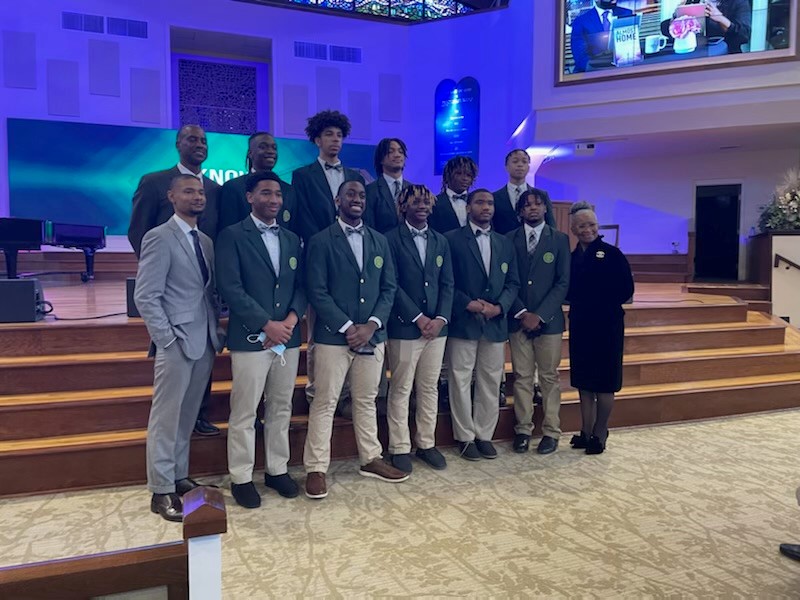 News 19 reached out to Oakwood Adventist Academy Principal, Judy Dent, for their response to Governor Ivey. In their letter, Principal Dent said the team would be “delighted” to accept her invitation.

News 19 also spoke with Dr. Toussaint Williams. Williams is a parent of a player on the team and also an Associate Pastor for Oakwood Community Church, located on the same campus as the school.

Williams said the team and the staff at Oakwood Adventist Academy were happy to hear their journey made it all the way to the Governor. Williams said, “That was just a moment of like ‘Wow, Governor Ivey actually took time to put this on her schedule’ to identify an opportunity for the boys to be recognized.”

Williams said they will work with Governor Ivey’s office to find a time for the trip that fits with everyone’s schedule.

Williams told News 19, that this whole experience is a learning opportunity for the boys on the team. He said, “A lesson they are going to learn, is you never know who’s watching. They’re thinking we’re a 1A team, you know, in this huge tournament, but this has garnered huge attention” Williams said. “People around the globe are impacted by this decision.”


’80 for Brady’: Tom Brady to produce, play himself in film with 4 acclaimed actresses

News 19 responded to Ingram’s statement, asking if more information would be released. Ingram has not yet returned that email.

News 19 asked Williams if the school has heard any additional information from the AHSAA. Williams said, “Not since our initial conversation.”

He continued, “You know once we identified that we weren’t going to play that game, we haven’t heard anything. It’s been a consistent ‘no comment’.”

The questions all surround the topic of the team, its treatment, and AHSAA policies. Governor Ivey said she was “most disturbed” to read the accounts of what happened with the Oakwood team.

Governor Ivey said, “sincere faith brings Alabamians together.” “It is a source of comfort during times of challenge.”

Williams said this is not the only challenge and test of faith the members of the team will face in their lives.

“There are going to be other things whether it be people they hang out with or places that they go, friendships that they make. We want to find creative ways that we can build character so that these young people can have lives that reflect quality character” Williams said.

The players on the team showed good character in the face of the challenging situation on Saturday. Even though the team forfeited their 4:30 p.m. game, they still traveled to the tournament after sunset. They stood there and supported Decatur Heritage Christian Academy and thanked them for being willing to switch game times.

News 19 also reached out to Governor Kay Ivey’s office to request an interview about the team and her questions to the AHSAA. As of writing this article, her office has not been able to schedule that request.