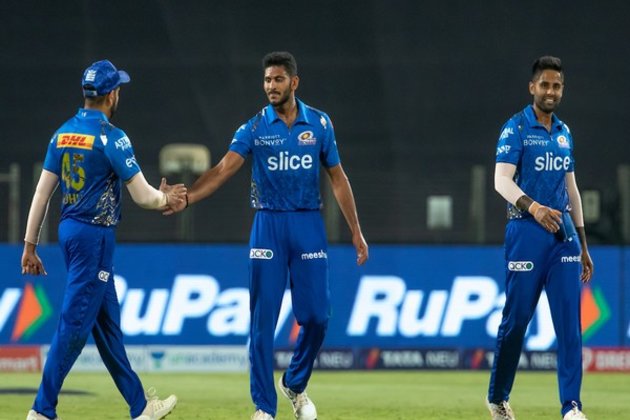 Pune (Maharashtra) [India], April 14 (ANI): After facing the fifth consecutive defeat in IPL 2022 on Wednesday, Mumbai Indians captain Rohit Sharma said they are not playing good cricket for a while in the tournament and that’s why they are on the ‘losing side.’Brilliant half-centuries by Mayank Agarwal and Shikhar Dhawan were backed by courageous bowling performance as Punjab Kings defeated Mumbai Indians by 12 runs in their IPL 2022 match at Maharashtra Cricket Association Stadium here on Wednesday.

This is Mumbai Indians’ fifth successive loss in the Indian Premier League 2022 while for Punjab this is their third win of the season.

“There’s hardly anything to find out from that game. I thought we played the game pretty well, came pretty close towards the back end of our batting innings. It’s just that a couple of crucial runouts there was not needed, but that happens. At one stage we were cruising through and keeping up with the run rate as well, but in the end we couldn’t hold our nerves. Credit to Kings with the way they bowled at the back end,” said Rohit Sharma in a post-match presentation.

“If you’re not winning games, you’ve got to try to find a way you can succeed as a team as a batting group. So we’re trying to find different ideas, different thought processes. It doesn’t seem to be working at the moment but I don’t want to take anything away from the guys. We fought pretty well. We batted brilliantly, but they held their nerves pretty good, the Kings, and they won the game,” said MI skipper.

Talking about the Punjab kings’ performance, the MI skipper praised PBKS batting and said they put pressure on Mumbai bowlers when they stitched up a 90-100 runs partnership for first wicket.

Mayank Agarwal played an innings of 52 while Shikhar Dhawan smashed 70 runs as the opening duo stitched a 97-run partnership for the first wicket to guide PBKS to a defendable target of 198/5. For MI, Basil Thampi scalped two wickets while star pacer of team Jasprit Bumrah took one wicket.

“We’ve been not playing good cricket for a while and that’s why we’ve been on the losing side, simple as that. The Kings batted pretty well upfront and put pressure on our bowlers, got a 90-100 run partnership to begin with. But I thought 190 was chaseable on that pitch because that pitch was really good to bat on as you saw when we were batting as well. We just have to go back and see what we do as a team,” he added. (ANI)