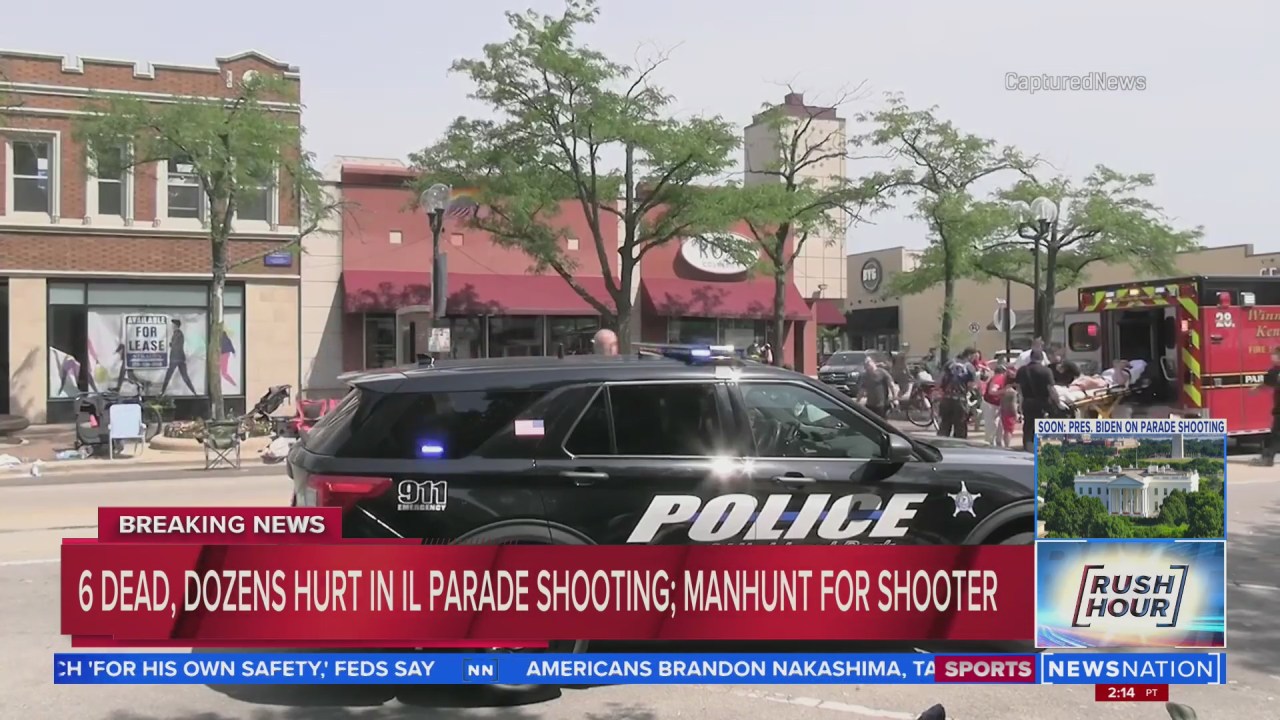 CHICAGO (NewsNation) — Michael Schwartz was with his wife, who is confined to a wheelchair, and his 2-week-old grandson, who was in a stroller, when a gunman sprayed bullets at a July 4 parade in Highland Park, Illinois on Monday morning.

“So we did not have the option of fleeing,” Schwartz said during an over-the-phone interview Monday with NewsNation’s Kelsey Kernstine on “Rush Hour.”

Five adults were pronounced dead at the scene and another person whose age is unknown died at a hospital. The ages of the two dozen who were injured ranged from 8-85 years old, officials said. At least “four or five” of them were children, hospital officials said in a news conference Monday afternoon.

Since he couldn’t flee when the shooting began, Schwartz told NewsNation he tried to get his wife and grandson as close to the ground as he could. He then said he stood up to see what was going on and even saw the shooter.

“I know this is going to go against the grain of what people are saying: But I saw the shooter. I saw his gun. In between the rounds, I stood up because — he was reloading and I thought it was safe — and I saw him,” Schwartz said.

“He was a young kid, skinny, and he was in a military shooting position very close to the ground — the kind of position only a young skinny kid could get into, and when he began shooting again, I hit the ground,” he continued.

Officials say the shooter was positioned on the roof of a local business in the area of Second Street and Central Avenue in downtown Highland Park. They say after the shooting, he likely climbed down a ladder attached to the building to flee the scene. As of 6 p.m. Monday, the suspect remains at large.

Schwartz’s account of what took place differs from the police narrative. He said he saw the shooter in the street.

“I had a good look at this guy who was not on a rooftop. He was on the street. He was right behind the street post that had a stop sign on it and he was shooting from behind that,” he said. “This information about being on a rooftop — just because there was access to the rooftop, doesn’t mean he was there,” he said.

Schwartz says he doesn’t feel like the shooting was random.

“They say these were random shootings — this kid who was doing the shooting had a scope on his rifle. I saw his scope and I saw his eye in the scope, he said.

Officials are asking anyone with information, surveillance footage or cellphone footage taken in the area of Second Street and Central Avenue in Highland Park around the time of the shooting to call 800-CALL-FBI (225-5324).