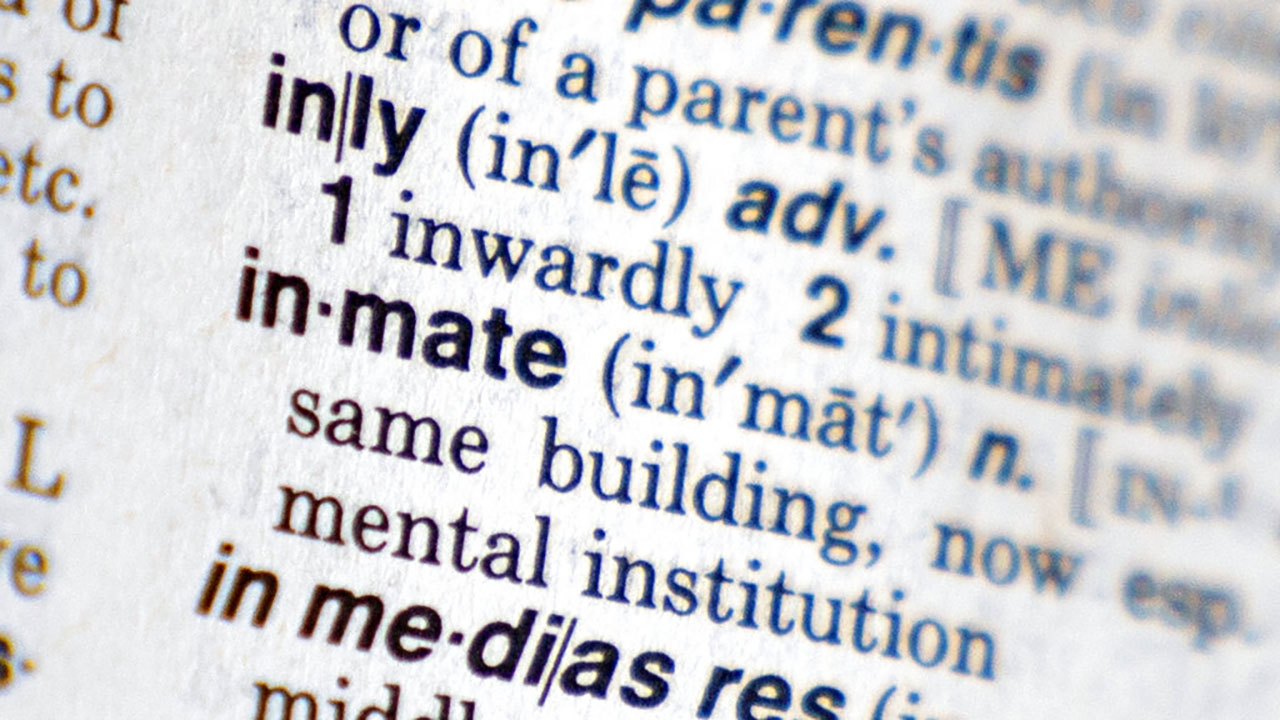 The changes, signed into law Monday by Gov. Kathy Hochul, are intended to reduce the stigma of being in jail. Prison reform advocates have said the term “inmate” has a dehumanizing effect. Prisoners say it can feel degrading when jail guards refer to them as inmates, especially in front of their families during in-person visits.

“Language matters,” said state Sen. Gustavo Rivera, a Bronx Democrat who sponsored the bill. “This is another concrete step our state is taking to make our criminal justice system one that focuses on rehabilitation, rather than relying solely on punishment.”

“Parading around a bill that removes the word ‘inmate’ from legal materials at a time when crime in New York continues to spike at an alarming rate shows you a lot about how misguided the Democrats’ agenda is,” said Assemblymember Chris Tague, a Republican from Schoharie, a town west of Albany.

The change is the latest in the state legislature’s history of amending terms in state law that may be seen as outdated or offensive.

Last month, Hochul signed legislation replacing the term “mentally retarded,” or other variations, with “developmentally disabled” in state law. In 2018, the legislature passed a law replacing all instances of the words “fireman” or “policeman” with gender-neutral terms like “firefighter” or “police officer” in official documents and laws.

A similar measure to replace the word “inmate” in a slew of other state laws was signed in 2021 by former Gov. Andrew Cuomo.

Michel DeGraff, a professor of linguistics at the Massachusetts Institute of Technology, said, “word choice to describe certain individuals does matter. Especially when it comes to individuals who are vulnerable in any way.”

“When you say someone is born a slave (for example), it can make someone think there is a category of people who are slaves by nature, but there is no such category,” he said. “No one is born a slave. You are a human being, and then you were enslaved.”

DeGraff said language allows people to process the past and the present, and by changing words, “you help people better understand who they are and how they got to be where they are.”

Making changes to help people who have committed crimes, though, carries some political risks this election year.

Hochul’s opponent in the governor’s race, U.S. Rep. Lee Zeldin, has made the fear of crime a central issue of his campaign, as have other Republicans running for Congress. Violent crime rates have increased across the U.S. since the start of the COVID-19 pandemic.

“By treating all New Yorkers with dignity and respect, we can improve public safety while ensuring New Yorkers have a fair shot at a second chance,” she said in a statement.