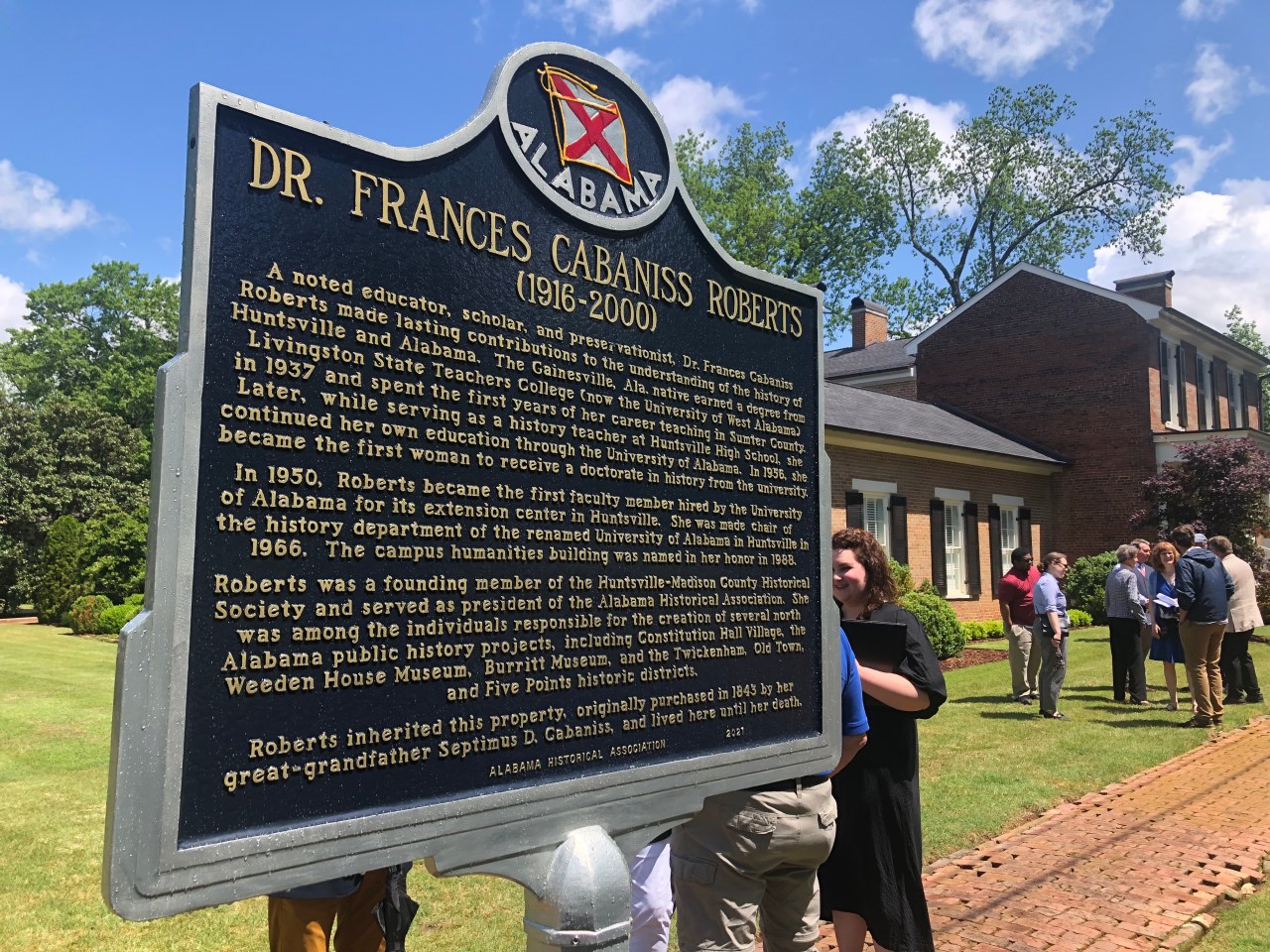 
Movers for Moms campaign ends with thousands of donations

Ollye Conley was the principal of the Academy of Science and Foreign Language, and she said Roberts worked with her students on a project about Alabama African American history.

“When people drive by or walk down Randolph Avenue and see this marker, I want them to remember her contributions to this city and remember her name and say her name, Frances Cabaniss Roberts,” Conley said. “She lives again.”

The marker stands on the corner of 603 Randolph Avenue in front of Roberts’ former home where she lived until she died in 2000.

Roberts’ commemorative marker is a part of a bigger project undertaken by the Historic Huntsville Foundation to highlight local women that made history.

“History, in general, is a dynamic field,” said Historic Huntsville Foundation Executive Director Donna Castellano. “It’s not something you read in a history book, it’s something that’s always evolving, always growing, and always changing. When we’re recognizing women who make history, we are adding the contributions of women’s voices and actions to our public history.”

In October, the Historic Huntsville Foundation will dedicate another marker to the first woman elected to public office in Madison County.

May is National Historic Preservation Month and the city of Huntsville has several other events planned to celebrate, including a series of free guided walking tours. Tours will be offered on May 14 and 20.