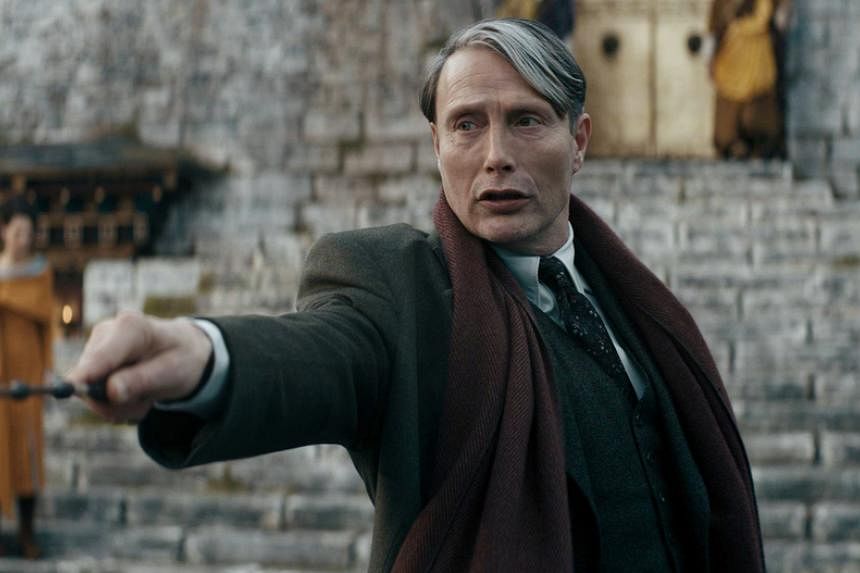 SINGAPORE – Finally, it was time to address the new Grindelwald in the room.

At an online press event for the latest addition to the Wizarding World franchise, Fantastic Beasts: The Secrets Of Dumbledore, there was no mention of Johnny Depp, the American actor who played the villain Gellert Grindelwald.

The film opens in cinemas on April 14.

Fittingly for a film steeped in magic, Depp had vanished, replaced by Danish actor Mads Mikkelsen, 56.

At the event, the actor known for his icy stare was all smiles when he spoke about joining the cast, most of whom were present in the room with him.

“I was thrown into it a little later than the rest of the gang. I mean, they’ve done two films and then they were halfway through when I joined the party,” says Mikkelsen.

He found the process of fitting in “fantastic”. English director David Yates, who was in charge of the first two Fantastic Beasts films, as well as the final four of the eight Harry Potter movies (2001 to 2011), acted as the “godfather” easing him into the family.

“You can only hope that they adopt you, and they did,” says Mikkelsen, who adds Grindelwald to the list of villainous parts in his resume. They include the poker-playing Le Chiffre in the James Bond film Casino Royale (2006) and the supervillain Kaecilius in Marvel movie Doctor Strange (2016). On television, he was the serial killer Hannibal Lecter in the Emmy-nominated crime thriller Hannibal (2013 to 2015).

Depp played Grindelwald, a powerful Dark Wizard, in the first two Fantastic Beasts films (Fantastic Beasts And Where To Find Them, 2016; Fantastic Beasts: The Crimes Of Grindelwald, 2018). After a court in Britain backed claims by a newspaper that he had abused his former wife, actress Amber Heard, Depp was asked to resign by studio Warner Bros in 2020. He had just started working on the third film.

The Fantastic Beasts film series is set decades before the events of the Harry Potter films. While they mostly follow the adventures of “magizoologist” Newt Scamander (English actor Eddie Redmayne), Potter characters such as the gifted wizard Albus Dumbledore appear. Dumbledore, played by Richard Harris and Michael Gambon in the Potter films, is now played by English actor Jude Law.

In the previous film, Grindelwald is shown to be an outlaw pursued by the wizarding authorities for the crime of trying to prevent a coming global conflict. Scamander is recruited by Dumbledore into what becomes an anti-Grindelwald alliance. Near the film’s end, it is revealed that the two wizards had made a pact to never fight each other, hinting that the pair share a history.

Jude and he shared “quite a few conversations about what that relationship looked like”, he says. It was a way of understanding how each had become the other’s nemesis.

“They started out with a common goal and young adults and then it got blurry. The ways of getting to that goal were different from what they had imagined.”