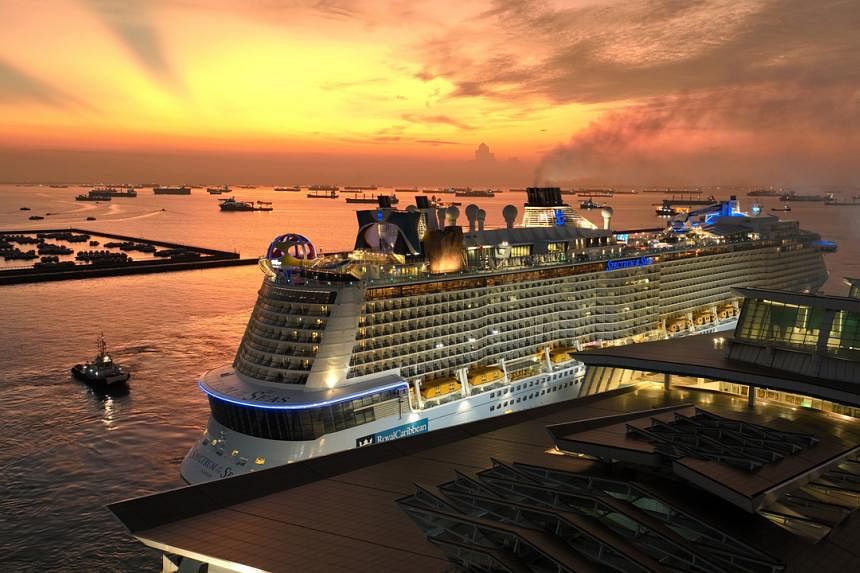 One of my biggest fears of taking my first-ever cruise to nowhere was that I would actually enjoy it.

While I’ve for the longest time dismissed cruises as a poor alternative to “real” travelling, I’ve always had a sneaking suspicion that cruise aficionados had long known: cruises aren’t just for retirees who had given up on adventure, harassed parents with kids, buffet addicts and die-hard gamblers.

A recent trip on the Spectrum Of The Seas confirmed my worst fears. After two nights on Royal Caribbean’s superlative-laden ship, I realised cruises to nowhere are an ideal way to break out of a two-year isolation, especially for those still worried about getting Covid-19 while on holiday.

In fact, only vaccinated people are allowed on board and everyone has to clear an antigen rapid test before sailing.

True. You could even call it a staycation-plus, with the pluses coming from the plethora of options for dining and activities, the space to wander around and the ever-present view of the expanse of sea.

After two years of being stuck in Singapore, that alone is a far bigger deal than you might think.

Of course, it helps to hit the high seas on the three-year-old Spectrum, which officially arrived this month in Singapore, which it will make its home port.

The 350m-long ship boasts several firsts in the cruise operator’s fleet. Apart from skydiving and surfing simulators, it also offers a bungee-trampoline adventure and a Singapore Flyer-like ride in a glass capsule 100m above sea level.

Spectrum also has more suites than usual – some 140 suites clustered in a “suite club” at the bow, with exclusive lounges. Despite their price, anywhere from 1½ times that of the usual staterooms, they sell out fast, according to the company.

I get a sneak peek of the biggest suite – a two-deck, 260 sq m Ultimate Family Suite that boasts jaw-dropping features such as a mini private cinema, a large balcony with a bathtub, a massive bathroom with a spa-like shower, and a slide for kids to scoot down to the first floor.

Apart from a multi-deck main dining hall, the ship packs more than 10 restaurants, with several bars, lounges and snack stops.