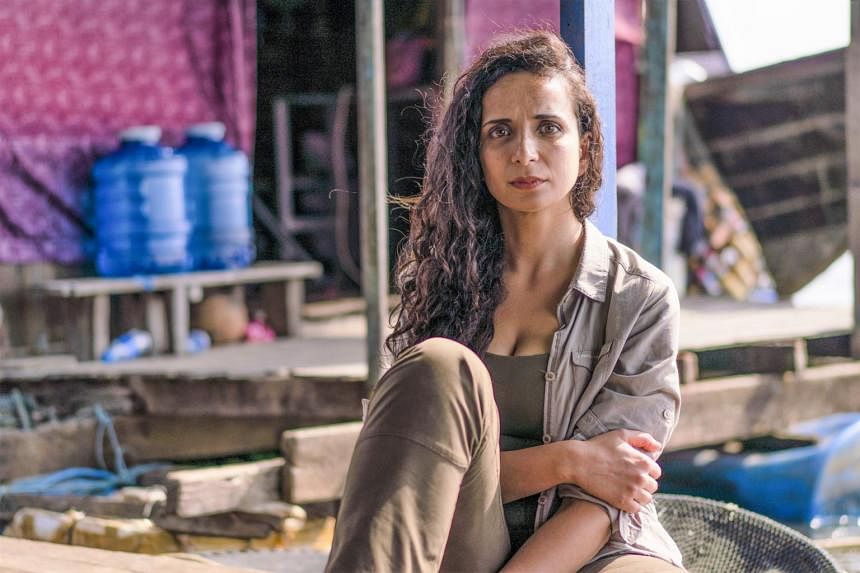 SINGAPORE – A new BBC Earth programme tracking climate impacts over a seven-year period will document the changes, but will not pass judgment.

Set in six locations, the show – which will start screening here on July 31 – will shed light on how climate change can affect human communities.

Ms Rosemary Edwards, executive producer of the Changing Planet documentary, said: “We get into a dangerous situation where we try and divide ourselves from the rest of the natural world.”

If a major river like the Mekong, in Indochina, dries up, both the wild animals and human communities that subsist off the river will suffer, she added.

The BBC producer said: “I think what we’re trying to do is to link up all the species on the planet with which we’re at war.”

Changing Planet will document the different habitats over the next seven years in the Maldives, Iceland, Cambodia, Kenya, Brazil and California.

Each year, BBC Earth presenters will return to their respective habitats to chart the progress of ecological issues and the work of local scientists and conservationists.

Ms Ella Al-Shamahi, the presenter of stories for Cambodia, said: “Usually with television shows, we visit a place for sometimes days, sometimes even – based on posts – just a few hours.”

For instance, Ms Al-Shamahi said that at the Tonle Sap Lake region in Cambodia where multiple upstream dams were built to harvest cheap renewable energy, villagers have turned to eating snake meat due to the disappearance of 50 per cent to 80 per cent of fish in the lake.

“There are things which we expect will probably happen in the next seven years and the lifetime of this show,” she added.

Besides the environmental impacts of climate change, the show will also focus on the conservationists currently fighting to save certain species of animals.

Ms Al-Shamahi hopes that by following the stories of these conservationists, audiences from abroad will get attached to these stories and support them in their own way.