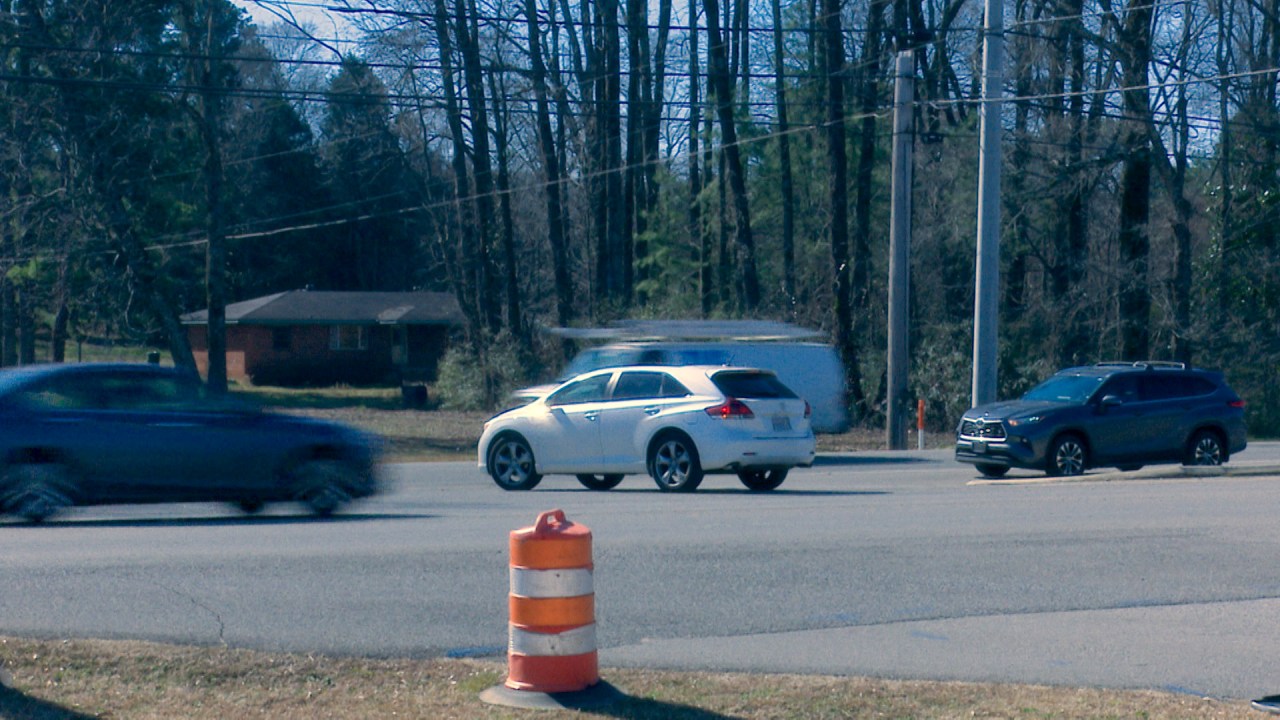 Right now, a stop sign is the only safety measure in place in at the intersection. In order to turn left out of the neighborhood, residents must cross Highway 72 West and into a center median crossing, before merging into the eastbound lanes.

During periods of heavy traffic, residents say the intersection can be a death trap. President of the Woodmill Trace Homeowner’s Association, Tom Ryberg, brought the neighborhood’s concerns to the Alabama Department of Transportation. Ryberg said he first contacted ALDOT over a year ago.

Ryberg said the Christopher Drive area “went from what people thought of being a sleepy little intersection out here, to where we have 130 residences with at least 200 people using the intersection.”

Initially, the HOA was hoping to get a traffic light installed at the intersection. Ryberg said that way people could still exit the neighborhood in both directions, but in a way “without having to risk their lives crossing traffic.”

Curtis Vincent, and engineer with the north region of the Alabama Department of Transportation, said that isn’t likely to happen.

“A lot of times a signal will actually cause more accidents, because of rear end accidents,” Vincent told News 19.

Now, construction has started on a deceleration lane. It will be constructed on Highway 72 West, giving people turning onto Christopher Drive a protected turn lane where they can slow down. HOA President Ryberg said it’s a great first step in the right direction.

The deceleration lane is the first part if a larger plan from the Alabama Department of Transportation (ALDOT) to improve U.S. 72. Vincent said plans are drawn up for improvements on 72 West starting at Providence Main Street. ALDOT already has $30 million set aside for the project, but it says that won’t cover the whole cost. For now, Vincent said ALDOT will go as far as the money will take them.

Part of the overall ALDOT project includes plans to close all center median crossings, like the one at Christopher Drive.

Vincent said, “our overall plan will try to limit the number of crossings on highway 72 at the cross overs. It’s been proven that if we can reduce left turn movements, we can reduce accidents.”

Vincent said ALDOT hopes to have a few community comment meetings set up by March. Those meetings would give residents of Woodmill Trace and other citizens opportunity to share their thoughts on the plans for U.S. 72.

Vincent said with all of the planning that goes into road projects, it could be three years before construction starts on those other improvements.