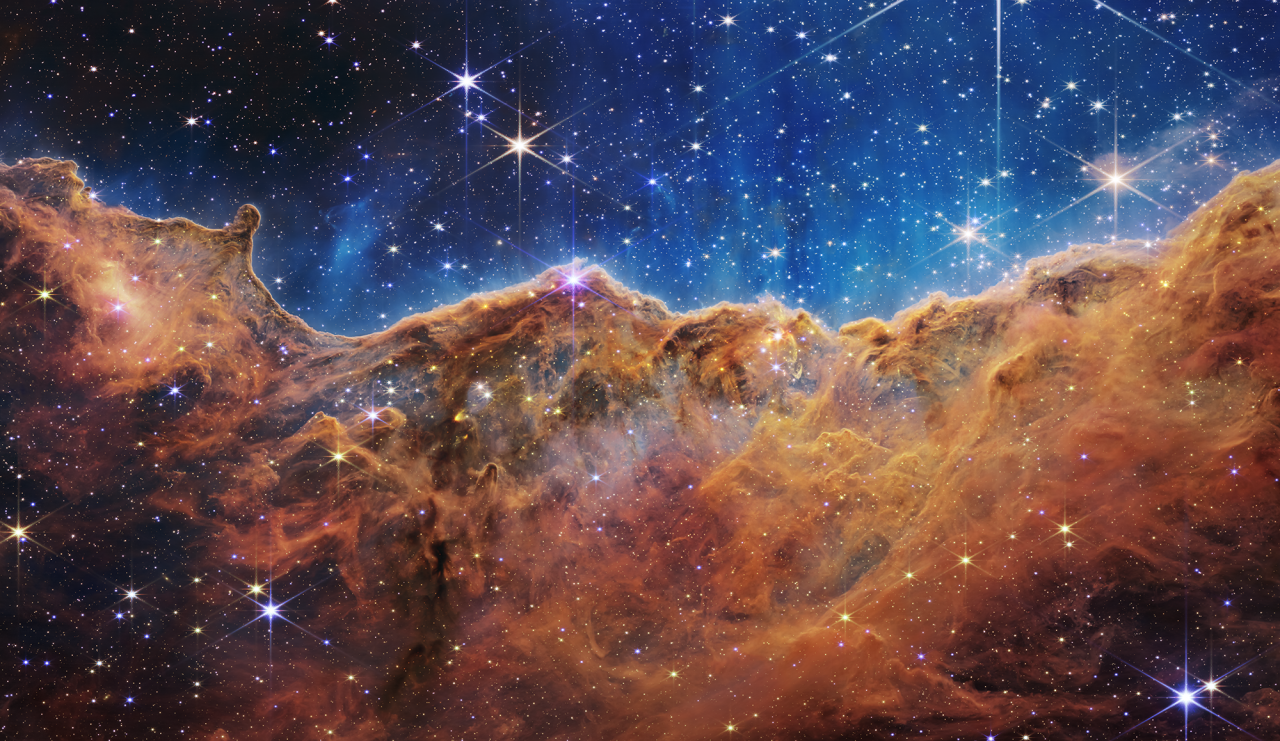 (WHNT) – NASA’s newest telescope is delivering its first images, giving scientists and enthusiasts alike the furthest glimpses ever – both in distance and time.

Monday’s image from the James Webb Telescope was just a sneak peek; three more images were released Tuesday morning, along with some of the telescope’s first scientific observations.

While released as a tease Monday, an image of the galaxy cluster SMACS 0723 was re-released with NASA giving more detail on what was in the image dubbed “Webb’s First Deep Field.” The image shows thousands of galaxies – including some of the faintest ever observed by infrared light.

NASA said SMACS 0723 covers a patch of sky roughly the same size as a grain of sand somebody’s holding at arm’s length.

Webb also pointed its camera at a planetary nebula approximately 2,500 light-years from Earth. For scale, one light-year is approximately 5.8 trillion miles. Taking two infrared images, Webb discovered one of the two stars is surrounded by dust – a measurement that previous telescopes were unable to achieve. New instruments aboard Webb will help astronomers better understand specific substances inside nebulae like NGC 3132, informally known as the Southern Ring Nebula.

The third image released came from Stephan’s Quintet, a visual grouping of five galaxies prominently featured in the holiday classic “It’s a Wonderful Life.” The mosaic released by NASA is Webb’s largest image to date – clocking at 150 megapixels and was built from almost 1,000 separate images. To put that image size into perspective, that’s 12 times the resolution of a typical smartphone camera – the second-generation iPhone SE is 12 megapixels. This resolution gives a look at never-before-seen details across the cosmos.

The fourth image came from a star-forming region called NGC 3324 inside the Carina Nebula. While it looks like mountains and valleys, NASA said the Cosmic Cliffs are just the edge of a giant, gaseous cavity inside the region; the tallest peaks are seven light-years high, and have been formed by intense ultraviolet radiation and stellar winds given off by extremely young, massive, and hot stars inside the region.

NASA also released details on a research mission – the telescope discovered water, along with evidence of clouds and haze, inside the atmosphere of a gas giant (dubbed WASP-96b) orbiting a Sun-like star roughly 1,150 light-years from Earth. The discovery was made thanks to Webb’s ability to detect tiny decreases in the brightness of precise colors of light – and at vast distances.

Launched in December 2021, the $10 million telescope will initially observe alongside its predecessor, the Hubble Space Telescope. Current NASA plans have extended Hubble’s science mission until June 2026, a few months over 30 years after its April 1990 launch.