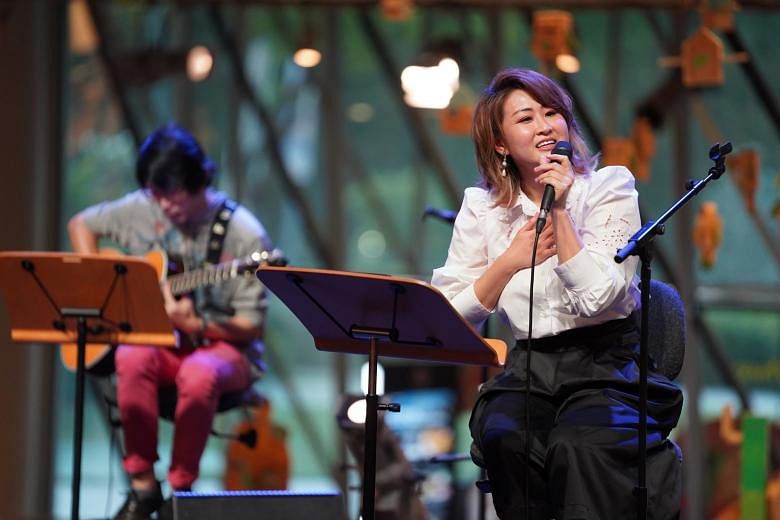 To usher in the Year of the Tiger, the Shanghai Spring Festival Gala event was held on the evening of Feb 1 – the first day of Chinese New Year – featuring music performances by Chinese celebrities.

Singer Wowkie Zhang got the energy up with the upbeat All The Good Things Make Me Miss You So Much, while actress Tiffany Tang charmed the crowd with her inspiring cover of Against The Light, originally sung by Singaporean singer Stefanie Sun.

Singer Li Yuchun performed a touching rendition of her number Stars In The Galaxy, which was released last December. Other stars who took the stage included singers Jason Zhang and Zhou Shen.

To watch the performances, go here.

Chinese music acts perform at the Esplanade as part of its annual Huayi – Chinese Festival of Arts, which runs from Feb 11 to March 6 this year.

On Feb 19, singer-songwriters took the stage at the performing arts centre’s concourse or outdoor theatre, and their performances are available for viewing online until March 6.

Among the acts are three-member band J2S, who have performed in competitions like Yamaha Asian Beat, and singer-songwriter Relyne Ban, who was among the winners at the 2014 Eco Music Challenge for the song Hand In Hand.

Zadon, an R&B and hip-hop recording artiste, producer and songwriter, performed his past and upcoming numbers.

To watch the performances, go here.