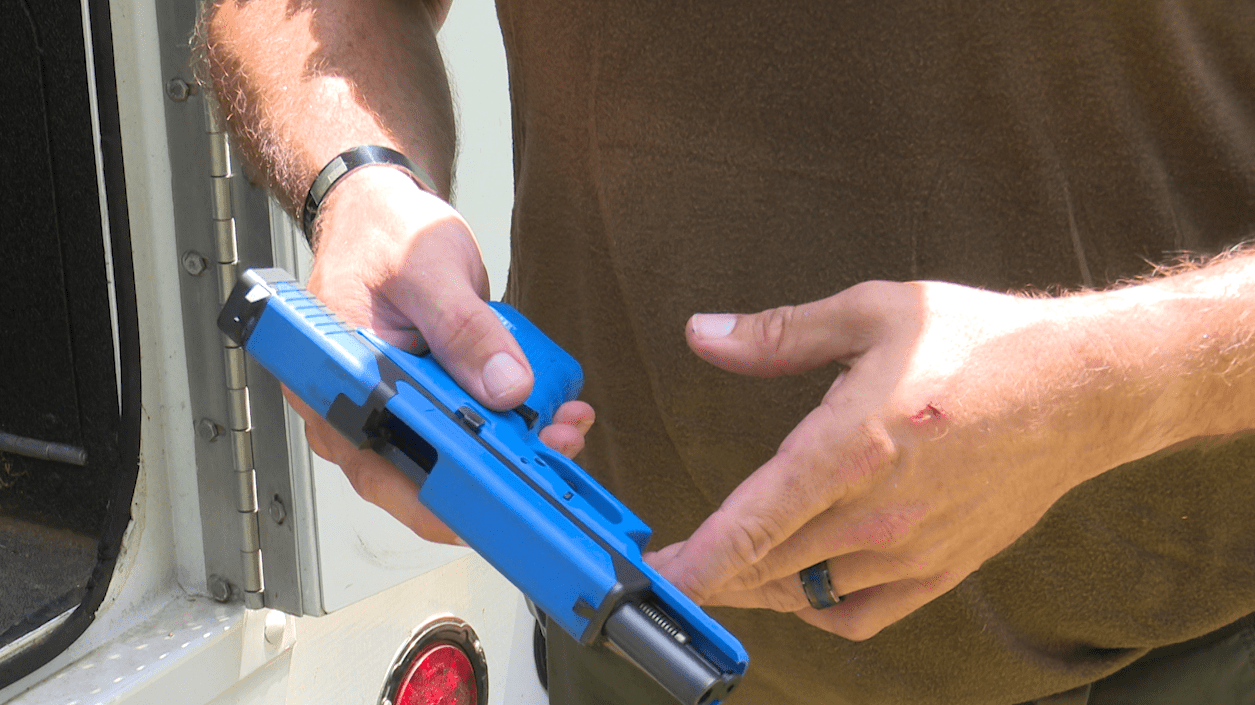 Using non-lethal “soap” rounds, officers practiced breaching the house and arresting a fake armed fugitive. The role of the fugitive was played by Lieutenant Bobby Newton.

Newton told News 19 that abandoned houses are the perfect place for officers to do this kind of training because it is unfamiliar to them and can accurately simulate a real-life situation.

“It makes a perfect environment for us to come in and do our different tactics,” Newton said.

In each exercise, Newton would react differently and force his officers to adapt to the situation.

MSPD Chief Clint Reck told News 19 that they often look for houses that are set for demolition to use for similar training exercises.

As another part of their training, the department also toured all of the schools in the area to make sure that every officer was familiar with the layout of each building.