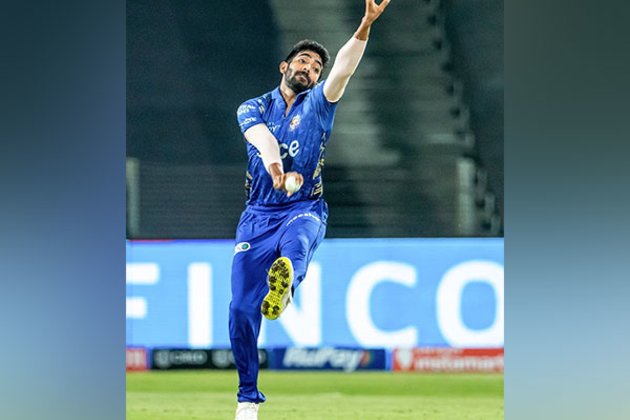 Mumbai (Maharashtra) [India], April 12 (ANI): After suffering four successive losses in the IPL 2022, Mumbai Indians’ star pacer Jasprit Bumrah has promised that the five-time champions will keep fighting, and will find a way out.

Mumbai Indians began IPL 2014 with five successive losses and reached the knockouts. The team began IPL 2015 with four defeats and went on to win the title. If there’s any team equipped to absorb a bad start and bounce back, it’s Mumbai Indians. But that’s history, and Jasprit Bumrah wants to focus on the present day, on IPL 2022.

“Whatever has happened in the past is in the past,” Bumrah said in the pre-match press conference. “It’s history, doesn’t really matter. Because that was a different team, different time, different scenario. Right now, we live in the present. Yes, things have not gone according to plan so far, but we keep on fighting and we keep on finding a way. That is the way the game of cricket works. Whenever a challenge comes, you try to find solutions to the challenge and we are trying to do that.”Bumrah is part of the leadership group and the leader of the Mumbai Indians’ bowling attack. While he often leads by example, he adds value to the other bowlers where needed.

“See you don’t need to reinvent the wheel, right? You don’t need to bring new inspiration,” Bumrah explained. “Everybody enjoys the game, that is why we’re playing cricket. So no other inspiration is required. Yes, the challenges are always interesting. You always want to challenge yourself whenever you come against any situation. This year when the wickets are helping the batters and it’s difficult to take wickets, you have to find your ways. We are no different. We’re trying to find new ways. There have been a lot of discussions that how can we make an impact on this current situation that is going on. We’ve come up with a few plans.”In general, teams have fared better in IPL 2022 when chasing, while Mumbai Indians have had the opportunity to chase only once so far. In their next match, they’ll face Punjab Kings at the MCA Stadium in Pune. What does Bumrah think will be the key to success there?”If it was up to me, I would say win the toss. That really helps!” Bumrah smiled. “But yes, whenever you come into this scenario, there is a little bit of help with the new ball, so maintaining a good line, trying to swing the ball upfront, I think will help you. As soon as you come to the later stages, be it the first innings or the second innings, the wicket settles down. So then maybe you have to start your death bowling a little early. All of these pointers might help the other bowlers as well, so we’re looking to address that as soon as possible and then use it to our advantage.”The mega auctions of 2022 have meant this is a new-look Mumbai Indians side, built around a core of the old guard. While the new personnel have meant a few more opportunities given, it’s also an exciting phase of development.

“See, in this format, you have to understand sometimes that on different wickets, different scenarios, we have different match-ups, so you try to put out the best combination that is there available with you in the team,” Bumrah pointed out.

“Every team goes through a transition phase. We’ve had a big auction and two new teams have come, so a lot of our old players have also gone in different teams,” he added.