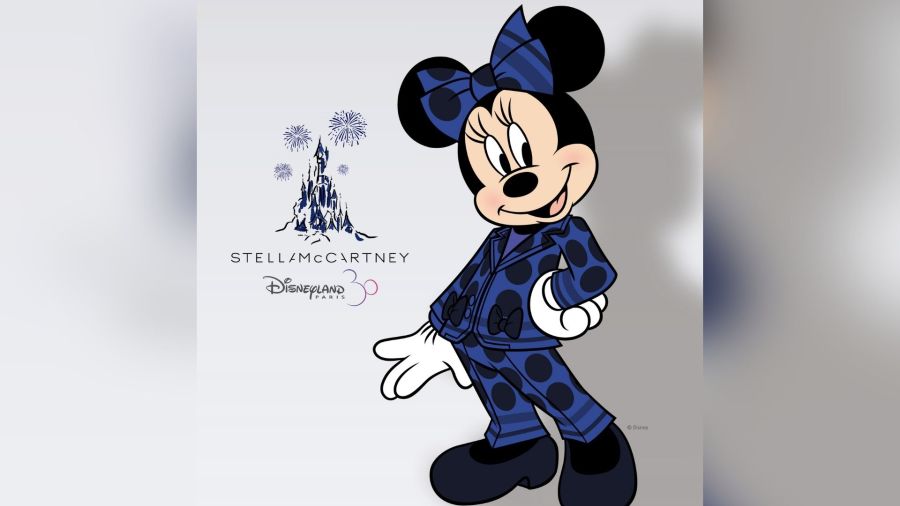 PARIS (WJZY) — After 93 years of entertaining the world alongside her sweetheart Mickey, Minnie Mouse is ditching her iconic dress and going for something more modern.

In honor of the 30th anniversary of Disneyland Paris, which falls on Women’s History Month in March, the character will unveil her fresh look designed by Stella McCartney, daughter of singer-songwriter Paul McCartney.


Hundreds of dolphins ‘stampede’ along boat in SoCal

In an artist rendering, Minnie is wearing a dark blue and black polka-dotted pantsuit with matching bow. Disneyland Paris debuted her new look on their Twitter account Tuesday.

In an interview with D23, The Official Disney Fan Club, McCartney called Minnie’s new outfit “a symbol of progress for a new generation.”

“I am delighted to be working with the one, the only, the iconic Minnie Mouse,” says McCartney. “I have designed a custom outfit for her in celebration of the 30th Anniversary of Disneyland Paris. Minnie has always had a special place in my heart. We share the same values. What I love about Minnie is the fact that she embodies happiness, self-expression, authenticity, and that she inspires people of all ages around the world. Plus, she has such great style!”