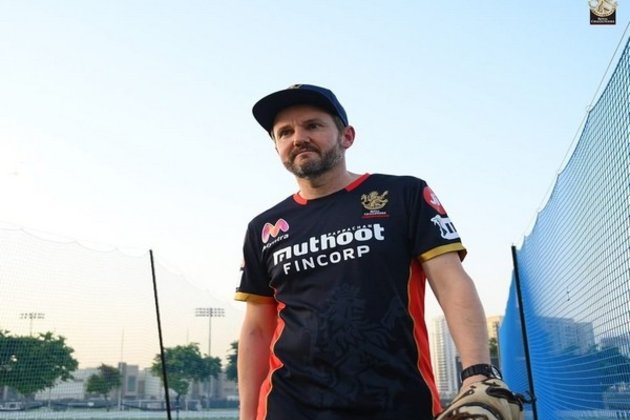 Mumbai (Maharashtra) [India], April 20 (ANI): After registering an 18-run win over Lucknow Super Giants, Royal Challengers Bangalore Director of Cricket Operations Mike Hesson said on Tuesday that the side is ticking along nicely and will continue to strive for improvement.

“We are ticking along pretty nicely as a team. Anuj and Faf have had three fifty-run partnerships that have been important for us. We have also had to bat in challenging conditions at times when we lost the toss and struggled to get underway. Faf came really good today and took the pressure off us when we lost early wickets. We are ticking along nicely but we will continue to try striving for improvement,” said Hesson in a post-match press conference.

Hesson said that the side was pretty fortunate to get LSG captain’s KL Rahul’s wicket, who got dismissed by Harshal Patel for 30 in the eighth over of the game.

“I would like to say that it was a pre-planned move, but it was not. We have had difficulties getting rid of KL Rahul. We were very happy to get that dismissal. Before that, we had made enough pressure from the scoring point of view,” he added.

On Siraj not bowling during the death overs, Hesson said that the side has the flexibility to pick and choose as per the opposition and who is doing at a particular moment in time.

“It is the beauty of our side that we have three very good death bowlers in Siraj, Hazelwood, and Siraj. Often they cover the final five overs. Today we felt that Siraj was doing a nice job. He got us a wicket, which is important. He was able to bowl nicely to the new batter. Ideally, we do not want two bowlers bowling the final over at the back-end, but today they did it. They did an excellent job,” added the Director of Cricket Operations for RCB.

Coming to the match, put to bat first by LSG, RCB posted 181/6 in their 20 overs, largely powered by Plessis’s brilliant 96, well supported by brief but impactful innings from Shahbaz Ahmed (26) and Maxwell (23). For LSG, solid knocks from Krunal Pandya (42), KL Rahul (30), and Marcus Stoinis (24) kept the scoreboard ticking and hopes alive amid the consistent falling of wickets, but Hazelwood had the last laugh with his 4/25, who with Harshal Patel (2/47) ensured that the Giants fell 18-runs short of their fifth run in the tournament.