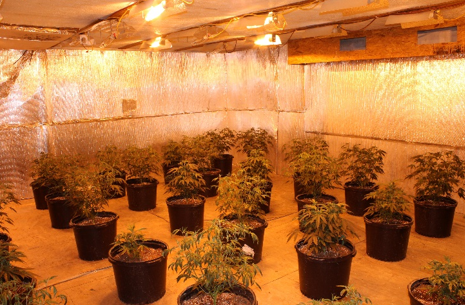 RAINSVILLE, Ala. (WHNT) — A Miami man was arrested Tuesday after police say they found a large number of marijuana plants in his home in Rainsville.

According to Rainsville Police, officers received a tip about an adult man and a young child living in a home without food or water. Police arrived at the home to perform a welfare check and noticed what they called a “distinct odor of marijuana.”

During the visit, police spoke with Luis Rodriguez of Miami, Fla., who was the only adult in the home. Police said they found there was no need for food or water, but noticed evidence “in plain sight” that indicted Rodriguez was growing large amounts of marijuana, which he later admitted to.

Police said they got a search warrant and entered the home where they found marijuana plants growing in three separate rooms in the home.

Officials say they also found that Rodriguez had been stealing power from the Sand Mountain Electric Cooperative. Police believe that Rodriguez could have stolen upwards of hundreds of thousands of dollars in electricity.

Rainsville Police charged Rodriguez with theft of services in the first degree and trafficking illegal drugs. His bond was set at $75,000. Police say more charges could stem from the incident.