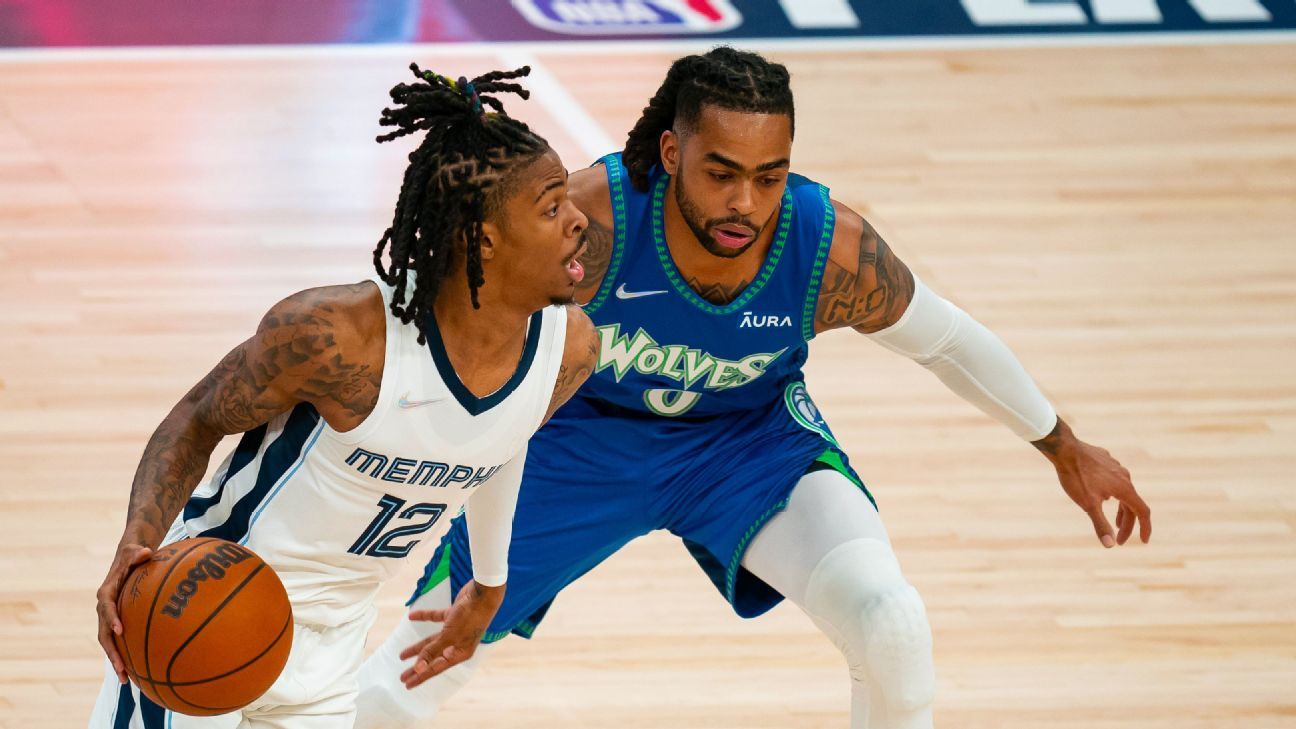 MINNEAPOLIS — A first-round series highlighted by dramatic Memphis Grizzlies comebacks, poster dunks, foul trouble, and a healthy serving of trash talk came to a close in Game 6 on Friday night, as Memphis eliminated the Minnesota Timberwolves 114-106 with yet another impressive rally.

The Grizzlies advance to the conference semifinals for the first time since 2015 and will host the Golden State Warriors in Game 1 on Sunday in Memphis (ABC, 3:30p ET).

For the third time in the series, Memphis on Friday overcame a double-digit lead in the fourth quarter. As the Grizzlies ate away at the deficit and took the lead in the closing minutes, a pall fell over the long-suffering Timberwolves crowd at Target Center who just witnessed one of the most historic collapses in NBA history in Game 4 less than a week ago.

Memphis guard Desmond Bane, the most lethal sharpshooter in the series, hit a 3-pointer with three minutes remaining to give Memphis its first lead of the second half. Morant unleashed one of his patented acrobatic layups soon after, then Twin Cities native Tyus Jones drained a crucial 3-pointer at the shot-clock buzzer with 1:09 left in the game, which pushed the Grizzlies’ lead to four. Memphis never trailed again.

Edwards put together the most consistent body of work in his debut playoff series. Towns was dominant in Timberwolves’ wins, but was beset by foul trouble in losses. Jackson, who also spent much of the series in foul trouble, couldn’t establish any kind of offensive game.

But it was Morant who commanded the most attention in the series. An All-Star in 2022 during his third campaign, Morant averaged 27.4 points per game during the regular season and led the NBA in points in the paint. His late heroics in Game 5 fueled another Memphis comeback, but he was held in check for much of Game 6, as he was in the series. Though he finished with only 17 points, Morant was instrumental as the Grizzlies’ floor general as they staged their fourth-quarter comeback. He finished with 11 assists.

As was the case for much of the series, the Grizzlies’ formula for success included creative playmaking by Morant, torrid outside shooting from second-year guard Desmond Bane, and activity around the basket from reserve center Brandon Clarke.

The conference semifinals series between Memphis and Golden State that begins Sunday afternoon is a clash between the NBA’s most seasoned squad that’s won three titles with its current core, and one of the NBA’s youngest teams, which arrived into the league’s upper echelon ahead of schedule.