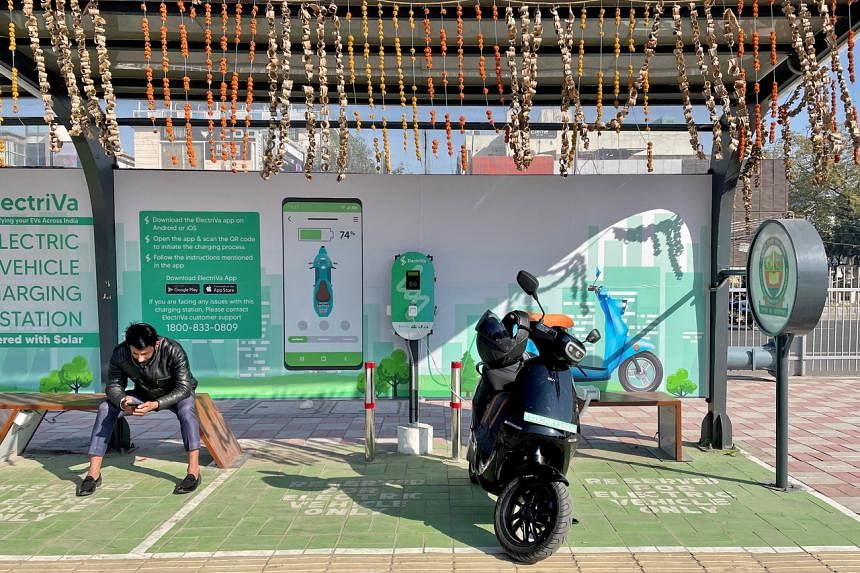 INDIA (REUTERS) – Ms Pratibha Kumbhar, a 35-year-old mother of two, is making up for lost time. Trained in soldering, she aspired to a career in electrical work, but hemmed saris for her husband’s tailor shop in the west Indian city of Pune until two years ago, when she found work in the fast-expanding electric vehicle (EV) sector.

She assembles circuits for EV speedometers at Kinetic Communications, a manufacturer of EV components and subsidiary of Indian carmaker Kinetic Group. It is her first job as a formal worker with fixed wages.

She is one of a small but growing group of women blazing a trail amid India’s EV boom, driven by record sales and a government push to cut planet-heating emissions by promoting the use of electric scooters, rickshaws and cars run on power that is set to become increasingly clean over time.

Demand for EVs is outstripping supply and as firms ramp up production, they are offering rare jobs to women in a male-dominated car industry. “I work fixed hours and I am financially independent,” said Ms Kumbhar.

The factory’s workforce is about four-fifths women, which goes against the grain in a country where only 20 per cent of women are in the labour force.

In the past two years, as sales of EVs surged by more than 200 per cent and more factories sprung up, the doors are open for women in manufacturing, design and leadership roles.

Labour-rights advocates see women’s comparative advantage in the EV business as an opportunity to increase their pay and strengthen their status in the workplace.

Ms Prabhjot Kaur, 42, co-founder and chief executive (CEO) of battery maker Esmito Solutions, recalls meetings where she was often the only woman: “I would be asked two, three, four times about what I do. I remember the faces and expressions of everyone who assumed I was a secretary, and then saw me take the floor to make my presentation.”

After returning from university in the United States in the mid-1990s, Ms Sulajja Firodia Motwani, founder and CEO of Kinetic Green, joined her family’s car business, only to be met with scepticism by staff.

More positively, many women leaders and shop-floor workers said their parents – fathers especially – had egged them on to pursue their ambitions.

Born and raised in a small town in Punjab, Ms Kaur traces her determination back to the karate classes she took as a teenager, where she was the only girl in a class of 50. She did not want to go, but her father persuaded her.

“I was very angry and it translated into me being the best student,” she said. “It also taught me not to fear my surroundings and so I never feared large groups of men.”

But it is not just female CEOs who are helping steer India’s EV surge. There are also thousands of women factory workers.