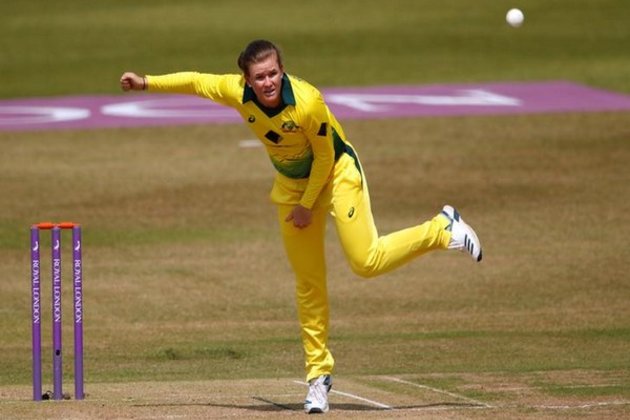 Adelaide [Australia], January 17 (ANI): Australia women’s team all-rounder Jess Jonassen said the main thing that the whole squad is looking for during the COVID-19 pandemic, is to keep everyone in the community safe and healthy.

Jonassen will play her first international cricket since April when the Ashes begins this week in Adelaide. England squad has already been hit with a member of support staff testing positive while the team was in Canberra.

“We’re all human the same as everyone else. We all have similar concerns and worries. For us with the World Cup it adds another element. Everyday people have similar sorts of stresses about whether they can see family or whatnot, but we are really confident as a playing group with all the work that’s been put in behind the scenes,” said Jonassen as reported by ESPNcricinfo.

“I guess the main thing for us to keep each and every person in our group as well was the wider community as safe and healthy as possible. Whatever that involves us as a playing group and the wider CA group is really committed to doing that,” he added.

The left-arm spinner will be making a comeback into the national team when Australia are without two key players in legspinner Georgia Wareham and left-armer Sophie Molineux due to injuries sustained during the Women Big Bash League (WBBL).

“It’s sad missing both Soph and Georgia, but I don’t really feel any extra expectation or weight on my shoulders. I’ve looked at myself as trying to lead this spin group any time I’m part of it. I’ve been fortunate to play for Australia for a number of years that I try to impart whatever experiences I’ve had with whoever the other spinners are,” said the left-arm spinner.

Jonassen also missed the multi-format series against India earlier in the season with a stress fracture in her tibia but returned to action in the WBBL with 21 wickets for Brisbane Heat.

“For me missing out from the last series and coming back in, you just want to make an impact regardless but I don’t necessarily feel any extra pressure,” said Jonassen. (ANI)