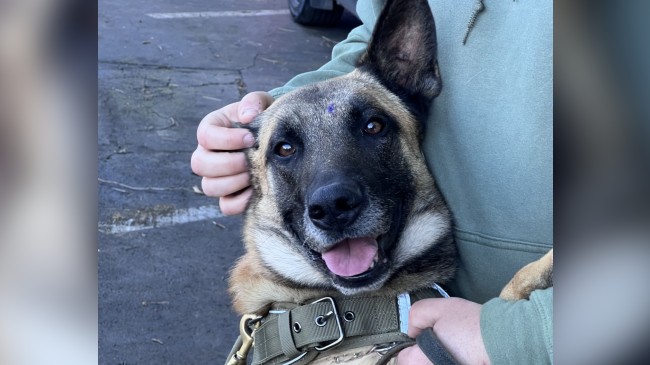 The Madison County Sheriff’s Office says K9 Deputy Lane has been with them for 14 years! Throughout his career, Deputy Lane has worn several hats, including Field Training Officer, Honor Guard Team member, and a member of the SWAT team.

Deputy Lane has been assigned as a K9 handler since 2018 and is still assigned to his original canine partner Saban, a 4-year-old Belgian Malinois who was born in Hungary.

Saban was certified in his first United States Police Canine Association (USPCA) Trial in 2019 in Chattanooga, TN in criminal apprehension and narcotics detection.

Deputy Lane says Saban absolutely loves to gnaw on his chew toys. He says he’s a hard worker – but he definitely enjoys taking his naps on his bed!

The sheriff’s office says Saban has assisted in countless search warrants. He has also helped his fellow officers with scene security as well as helped to locate illegal narcotics.

In 2020, Deputy Lane and K-9 Saban were officially transferred to the sheriff’s office School Resource Officer Unit and are currently assigned to help protect and serve the kids and staff at Riverton Elementary School. Deputy Lane says Saban’s favorite thing is when the students come by for a visit at the school.