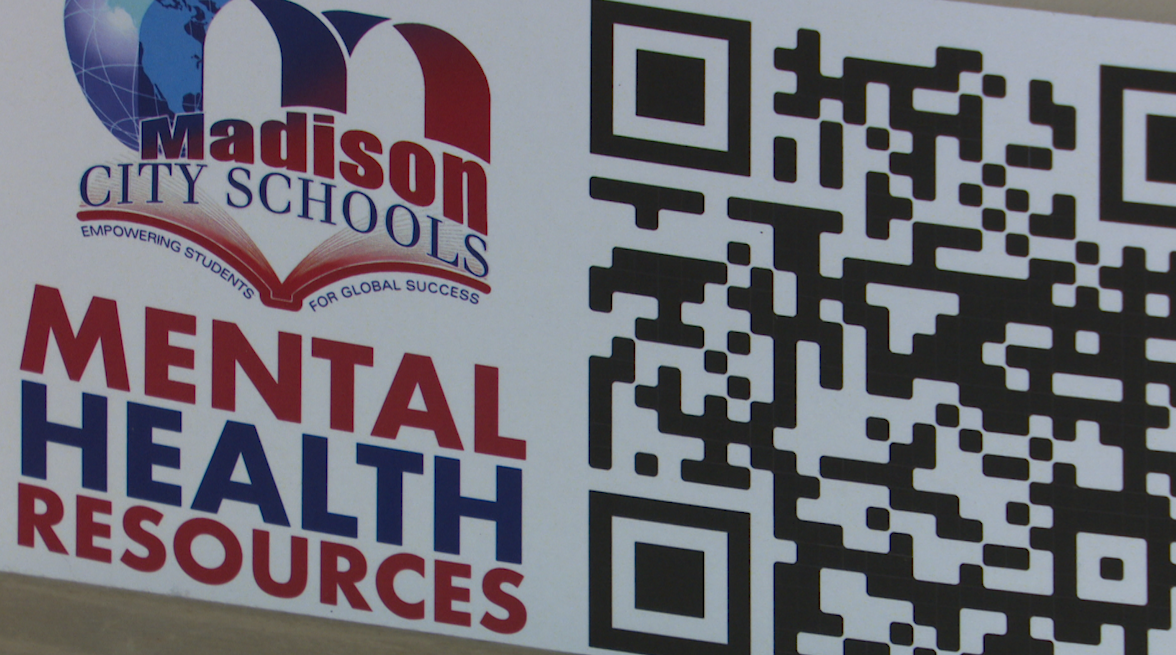 MADISON, Ala. (WHNT) – QR codes are everywhere nowadays. From menus to advertisements, they’re meant to streamline the process of accessing information, all with the scan of your phone. Madison City Schools is now using them as a discrete way to give students access to crucial resources.

With the help from the Madison City PTA, 1,000 magnets with the QR code are now pasted in hallways, classrooms, bathrooms and more. The QR code leads to a webpage created by the school with a list of mental health resources across the North Alabama area.

“It’s a discrete way to connect right away to whatever resources they might need,” MCS Mental Health Services Coordinator Stephanie Allen said.

The magnets are just the latest step in Madison City Schools’ ongoing mental health campaign. They’re doing it ahead of their third annual Mental Health Summit in March. The summit is meant to inform and educate parents on how to best help their children struggling with mental health issues.

Allen said they first offered the QR codes to parents. After getting positive feedback, they knew the next step should be the kids.

“One week after we put the QR codes out, we had almost 500 clicks,” Allen said.

One of the resources listed on the webpage is the Enrichment Center. The center serves students throughout North Alabama.

Their staff has worked with MCS offering school-based therapy for more than a decade.

Executive Director Allison Spratley said stigma can sometimes be one of the biggest deterrents for kids seeking the help they need. The QR codes can change that.

“I think that’s one of the great things about these magnets and this QR code that Madison City Schools has created, is that it’s just another way that students and families are seeing our communities working together to break down the stigma of mental health,” Spratley said.

Spratley said the project came along at the perfect time, as youth mental health is now declared a national emergency.

Allen said the numbers have been heading in that direction for years now.

“We have seen over the past decade, the number of mental health needs have been steadily increasing and undoubtedly, over the last couple of years with the pandemic, those needs have increased even more,” she said.


Humphrey Brothers Building is one of the last of Black contractor Daniel S. Brandon’s still standing

Spratley agrees, saying the pandemic increased the number of children seeking their help too.

“Fall semester of this school year, our program just in Madison City Schools facilitated more than 2,200 sessions,” she said.

Allen said simply having the resources around schools is meant to help break the stigma, and she hopes one day, no student will be afraid of asking for help.

“Mental health is health, it’s part of all of us,” Allen said.