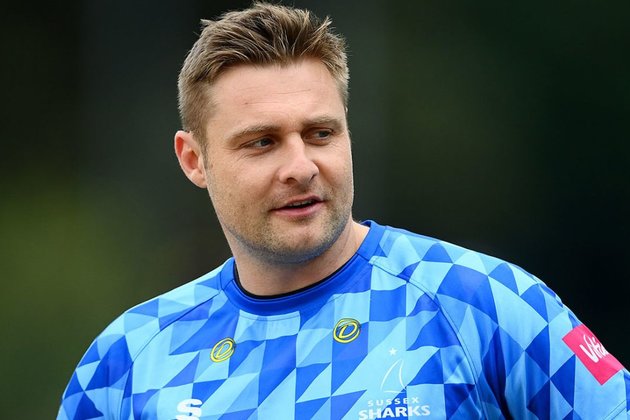 Luke Wright, the leading run-scorer in T20 Blast history, has stepped down as Sussex’s T20 captain after seven seasons in the role.

Sussex have been one of the leading T20 sides in the country under Wright’s leadership but have not managed to convert a strong win/loss record into a trophy, and lost to eventual champions Kent in last season’s semi-finals.

They have lost several key players – most recently Chris Jordan and Phil Salt – in recent seasons, and Wright spoke out against the talent drain on the eve of Finals Day last year, saying: “It’s absolutely not impossible to keep your best players.”

“It’s something from the club’s point of view that we need to look at because we can’t be losing our best players all the time,” he added. “Our recruitment process has got to be really strong and it’s something that probably hasn’t been as good as it should be at this moment in time.”

Sussex said in a statement that they were “naturally disappointed” that Wright had asked to step down as captain but that they “respect his decision after 104 T20 games in charge.”

“It has been a huge honour to captain Sussex, the club I love so much,” Wright said. “However, I feel it is the right time to step down. I will continue to give my all to help Sussex as I have over so many years.”

Rob Andrew, their chief executive, said: “We respect Luke’s decision to step down as captain and we will work with him to move forward and focus on the future with his successor at the helm.

“Luke has been a fantastic captain, leading the team to the knockout stages of the T20 Blast in five of his seven seasons as captain, including two Finals Day appearances in 2018 and 2021. The experience and knowledge he will be able to share with his successor will be invaluable.”

Wright has been preparing for his career after cricket of late, completing a Masters of Sport Directorship at Manchester Metropolitan University this winter, but is under contract at Sussex until the end of the 2023 season.

He was released by his Hundred team, Trent Rockets, after spending the inaugural season of the competition on the bench but is expected to be signed in April’s draft.

Sussex have recruited a handful of new signings for this season’s Blast, with Rashid Khan due to be available throughout the group stages with Mohammad Rizwan and Josh Philippe splitting the second overseas spot. Steven Finn and Fynn Hudson-Prentice were also recruited at the end of last season.