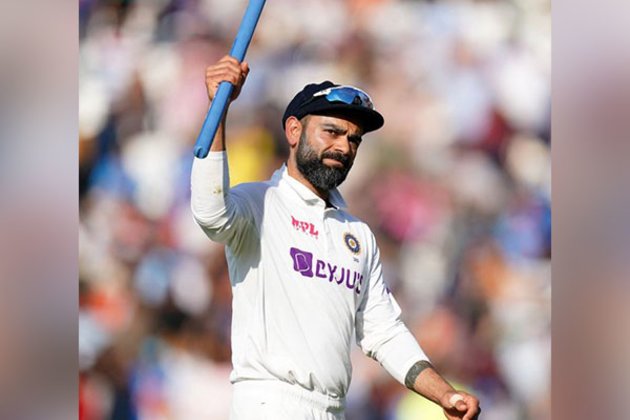 Kohli on Saturday announced that he is stepping down as the captain of the Indian Test team. Last year, the 33-year-old had stepped down as the T20I captain and then he was removed as the ODI leader as the selectors wanted one captain for the white-ball format.

“When Virat took over as Test captain, India winning a test overseas was an achievement, now if India lose an overseas test series it is an upset. And that’s how far he has taken Indian cricket forward, and that will be his legacy. Congratulations on successful reign @imVkohli,” tweeted Jaffer.

Former India all-rounder Irfan Pathan also wrote, “Whenever the talk of Indian cricket captains will arise in test cricket @imVkohli’s name will be up there,not only for results but the kind of impact he had as a captain. Thank you.”India pacer Ishant Sharma posted some pictures with Kohli and wrote, “Thank you for all the memories I’ve shared with you in dressing roomonoff the field since childhood, where we never thought that you would be our captainI’ll play 100 test matches for India. All we did was just play cricket with all our heartthings worked out well.”India fielding coach R Sridhar also wrote, “Congratulations @imVkohli for completing 100 catches in TEST cricket! Yousolely you have taken Indian fielding to a different height with your practice, passionaggression. May your tribe live on forever.”Kohli’s decision to leave Test captaincy comes a day after India lost the three-match Test series against South Africa on Friday.

Virat Kohli’s biggest win in the longest format came during 2018-19 as India won its first Test series Down Under. Under his captaincy, India also reached the finals of the World Test Championship (WTC).

Kohli had first led the side in Test cricket in 2014 against Australia. His last game as captain was the Cape Town Test in South Africa, which India lost by seven wickets.

The leadership also brought out the best in Kohli and it saw the batter registering seven double-centuries in the longest format of the game. Kohli also holds the record for scoring most Test centuries (20) as India captain. (ANI)