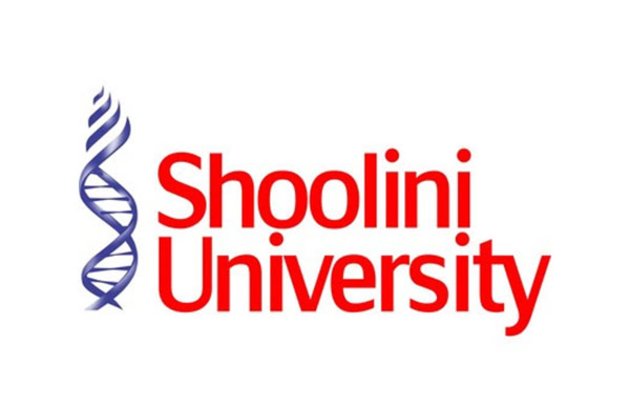 Solan (Himachal Pradesh) [India], April 12 (ANI/PR Newswire): The Shoolini campus in Solan came alive with colours and fragrances, reverberating with ideas as renowned literary minds came together at the much-awaited secondThe three-day festival began on April 8 with a galaxy of authors and an impressive line-up of speakers who discussed fascinating topics such as ‘Literature in the Post-Digital Era, Writing and its Discontent, Poets Whom I Have Sung’, and so on.

The literary extravaganza concluded on Sunday with a scintillating performance by Shafqat Amanat Ali, whose mellifluous voice mesmerised the audience.

On the first day, Indian mythologist, speaker, illustrator and author known for his writing on Hindu sacred lore, legends, folklore, fables and parables, Devdutt Pattanaik, initiated the discussion as a panelist. The day concluded with ’75 years of Autobiography of a Yogi’ session, moderated by Prof Ashish Khosla. The speakers for this session were Shoolini University Chancellor Prof PK Khosla and former IAS, writer, and motivational speaker Vivek Atray.

The highlight on the second day of the Litfest was ‘Literature in the Post-Digital Era’. Shoolini University TrusteeHead of Communication Nishtha Shukla Anand moderated the discussion with panelist Kunal Nandwani, Arjun Gupta, and Anjana Menon, who discussed the potential of complete digitisation. The audience also enjoyed the panel discussion with Aseem Chhabra, actor and critic Namrata Joshi, film critic, and Mihir Pandya called, ‘Talking About Movies’.

During the ‘Thrillers, Killers, and Gumshoes’ session, Mukul Deva, an Indian polymath based in Singapore, regaled all students. He is a motivational keynote speaker, executive coach, business mentor and bestselling author. The day ended on a high note with Jiya Lal Thakur and his Himachali Troupe performing songs.

On the concluding day, well-known sports journalists Pradeep Magazine and Sandeep Dwivedi delved into the ins and outs of cricket and sports journalism spread over 40 years. They came out with rare insights into the game and answered a volley of questions from the audience. Magazine, who was the first person to raise the issue of match-fixing in the cricket world, spoke about his latest book, ‘Not Just Cricket: A Reporter’s Journey through Modern India’.

Veteran journalist and Director, School of Journalism and New Media at Shoolini University, Vipin Pubby, moderated the session titled ‘Sportifying Literature’. Indian Express Sports Editor Sandeep Dwivedi discussed the difficulties that a sportswriter encountered, ranging from being objective about the athletes they respected, to working quickly.

‘Spin-the-Tale’, a short storytelling competition open to the public and university students, was a big hit. Apoorva Mamgain of DAV College in Chandigarh took home the trophy. The consolation award went to Aviral Aswan of DAV College Chandigarh, Ranjit Kumar of Shoolini University, and Vidushi Gupta of Punjab University.

Flower festival attracts crowdsHundreds of flower lovers from inside and outside the campus enjoyed over 80 varieties of flowering and ornamental plants during the three-day flower festival. In addition, handicraft stalls and in-house departmental models showcased the art and culture of Himachal.

Students participated in large numbers in poetry contests, photography, and flower-arranging competitions at the festival, organised by Dean Students Welfare and the Department of Landscaping and Creativity.

Set up in 2009, Shoolini University of Biotechnology and Management Sciences is a research-driven private university with full-recognition from the UGC. A leading university of India, it is recognized for its focus on innovation, quality placements, and world-class faculty. Nestled in the lower Himalayas, the university has received accreditation from NAAC and it is ranked by the NIRF.

For further information, please visit:This story is provided by PRNewswire. ANI will not be responsible in any way for the content of this article. (ANI/PR Newswire)