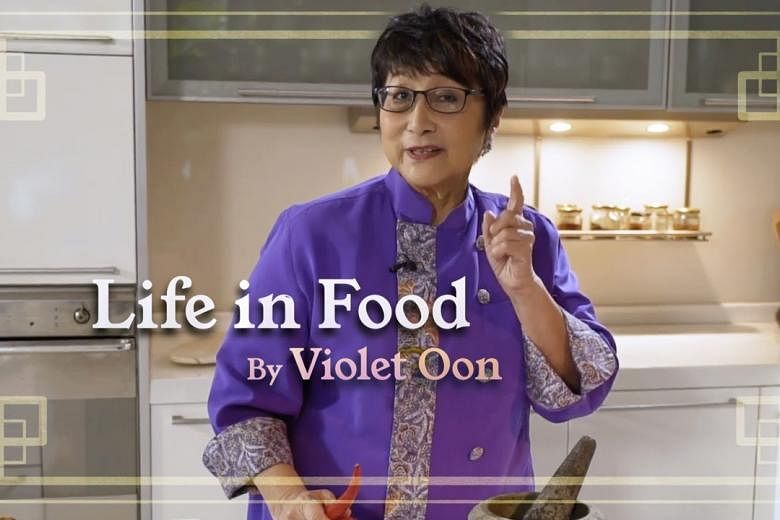 SINGAPORE – The buah keluak nut, which I call the black diamond of Peranakan cooking, evokes in me feelings of awe and admiration.

Its correct preparation and cooking were the gold standard of the culinary skills of a Peranakan maiden of the old school. If she did not crack the shell right and broke it instead of crafting a smooth, round opening just large enough to insert a teaspoon, she was considered unfit for marriage. This and pounding the flesh right were the litmus tests of her cooking skills.

By the time I turned up on the scene in 1949, World War II had changed that world and women like my mother were blazing other trails of success.

My mother Nancy Oon neither cooked nor sewed. A Raffles Girls’ School alumna, she possessed shorthand skills of 180 words a minute. This landed her a brief stint as secretary to Mr David Marshall when he was Chief Minister of Singapore in the 1950s.

Not having had the advantage of piano or other lessons of an artistic nature, she enthusiastically enrolled me for every type of course possible – piano, ballet, singing, Balinese dancing, jazz – everything but cooking.

Although I was brought up on the threshold of the women’s liberation movement, I decided to play contrarian by behaving like a classic Nonya girl, entertaining the men of the household – namely my father Oon Beng Soon – with food and singing at the piano after dinner.

My decision came about after we lived for a few months with my grand-uncle Khoo Heng Loon and his wife Nanny Zecha, so famed for her culinary skills that the Cold Storage supermarket at the end of Emerald Hill Road ordered two freshly baked kueh lapis from her every day.

Hooked, I asked Auntie Nanny to teach me how to make kueh and Indonesian dishes such as daging chabek and ayam goreng.

From my father’s sisters, mainly my aunt Nona Bong, I learnt the whole repertoire of Singapore Nonya cooking, all while I was 16 to 18.

Growing up during the women’s liberation movement, it was considered out of date and demeaning for women of education who had “burned the bra” to cook. The wok and ladle were thrown out of a thinking woman’s arsenal as they were considered symbols of bondage to the patriarchy.

This explains why, in my generation, my focus on cooking and the feminine arts made me unusual.

In October 1980, I was inducted in France as a Noble Dame of the Grand Order of Rocamadour du Diamant Noir – the Black Diamond of Perigord, an elusive black truffle that is buried under the earth and has to be sniffed out by pigs or dogs.

The reverence in which the French hold nature’s gifts of the harvest taught me to treasure our own buah keluak.

Peranakans know that the buah keluak tree and its nuts are poisonous and the nuts need to be buried in ash for 40 days to remove the toxins. When the nuts are unearthed, the whole shell and flesh will have turned black.