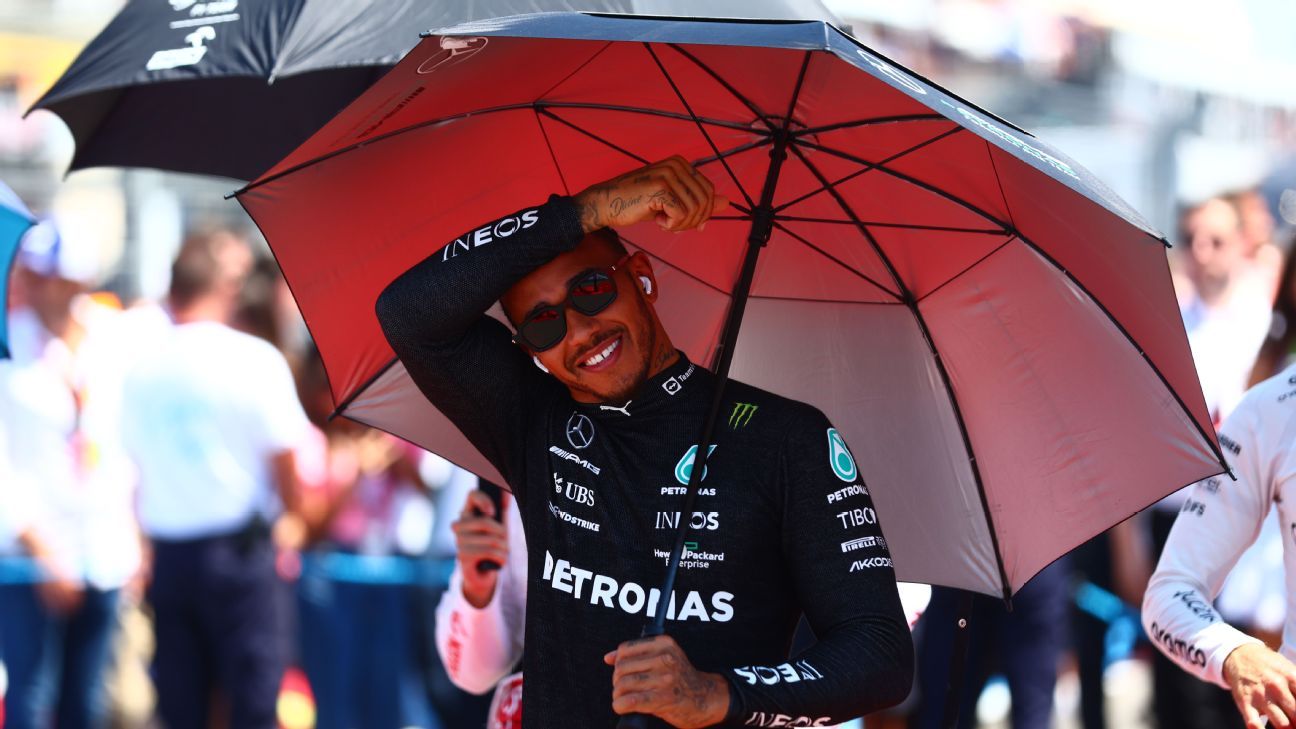 Lewis Hamilton said he reckons he lost three kilos after a water bottle malfunction left him sweating to second place in the French Grand Prix at Le Castellet on Sunday.

The seven-times Formula One world champion said he felt fantastic despite the hitch, with teammate George Russell finishing third in the best race of the season for out-of-sorts Mercedes.

Hamilton lay on the floor of the cooling-down room before going on the podium.

“That was actually a tough race because my drinks bottle didn’t work,” he said.

“I didn’t see my weight just now but I would imagine probably around three kilos. It’s enough,” he said when asked how much he had lost during one of the hottest races of the season.

“I’m looking forward to downing the rest of this drink.”

Hamilton said he did not usually drink during races and this was the first time he had felt a need this season.

Leclerc crashed out of the lead, however, and both Mercedes drivers passed Perez.

Hamilton said second and third was an incredible result and hoped the next race in Hungary, where he was won a record eight times, could also be good.

“Firstly, I love it in Budapest,” he said.

“It’s going to be hard to beat the Ferraris and the Red Bulls, you see they have the pace advantage still, but I’m hoping we will bring some sort of upgrade to that track and hopefully take a step closer to them.

“You can see us in the race, we can at least lean on them a little bit so hopefully in that race even closer.”

Team boss Toto Wolff said it had been a good day.

“Overall I think the team effort was great, the drivers did a really good job — George clever and fast, Lewis the lion. We’re doing the maximum at the moment on race day,” he told Sky Sports.