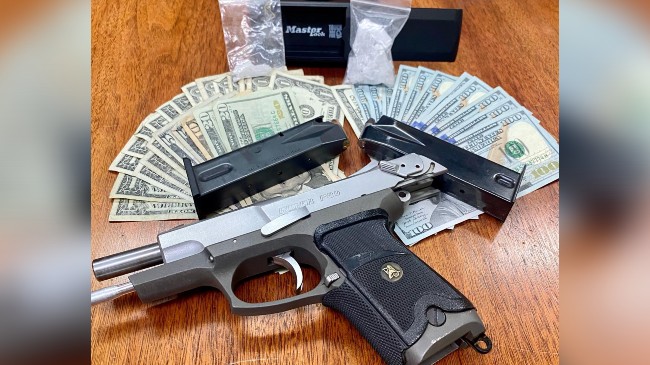 Deputies say they saw a vehicle driving recklessly through a residential area. Patrol Units stopped the vehicle near the intersection of County Road 434 and County Road 317.

While the traffic stop was being conducted, a K9 Unit was requested and was dispatched to the scene.

According to the LCSO, K9 Justice alerted to an odor of drugs near the driver’s side of the vehicle. Deputies then searched the vehicle and discovered a gun, five scheduled prescription pills and around 17.5 grams of methamphetamine.

Due to the amount of meth, authorities arrested Blasingame and charged him with possession with intent to distribute methamphetamine.

Blasingame was also charged with possession of a controlled substance, carrying a pistol without a permit and reckless endangerment.