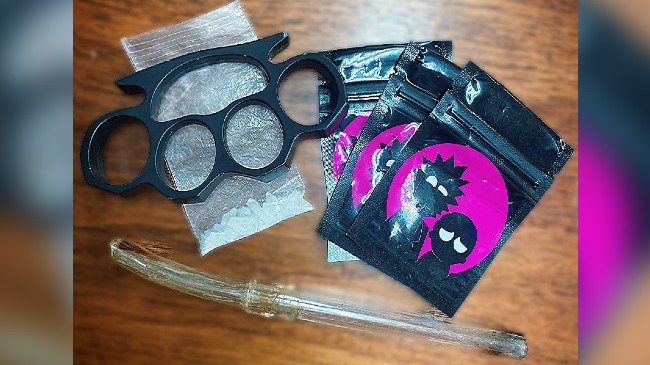 The Lawrence County Sheriff’s Office (LCSO) said an investigation that took place over the past several months into thefts and illegal drug activity in the area. During that investigation, two people were developed as suspects.

On February 21, agents found and arrested Haynes without any incident. She was charged with second-degree kidnapping, first-degree theft and first-degree robbery.

The following day, agents attempted to pull Dial over in a traffic stop. Officials say Dial had active felony warrants for his arrest with Lawrence County. Dial did not pull over and a short chase began.

Authorities say Dial’s vehicle left the road as he tried to drive through a field to get away, but collided with a tree instead. That’s when law enforcement saw Dial climb out through the sunroof and run into the wooded bluff area, and agents chased him.

Dial was caught a short while later without incident and taken into custody.

According to authorities, Dial was found to be in possession of illegal drugs when he was arrested. He was transported from the scene in Morgan County to Lawrence County where he was booked. Dial faces charges of second-degree receiving stolen property.