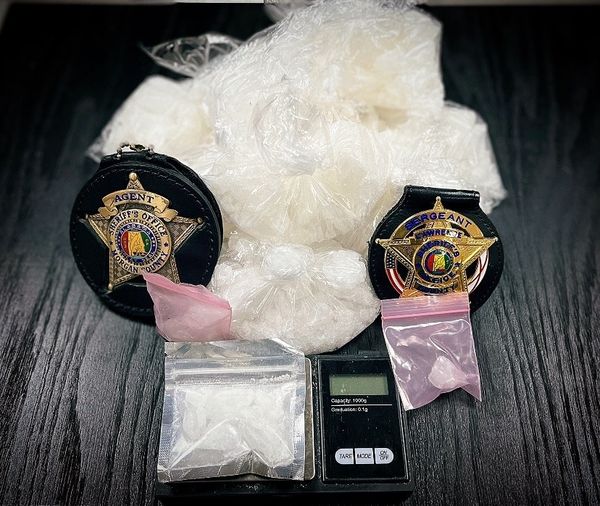 MORGAN COUNTY, Ala. (WHNT) – Authorities are looking for a man after a search Monday lead to the discovery of a significant amount of drugs and the arrest of one woman.

The Morgan County Sheriff’s Office and the Lawrence County Drug Task Force seized almost two and a half pounds of methamphetamine from a Decatur apartment in the 1200-block of Beltline Road.

Law enforcement said they are looking for 47-year-old Brian Lamont Hubbard. He is wanted for trafficking in methamphetamine with a $250,000 bond set.

The sheriff’s office said 28-year-old Kadesha Merrill Johnson was at the apartment, she was arrested and charged with trafficking in methamphetamine and loitering in a drug house. She was taken to the Morgan County Jail.

The sheriff’s office asked that anyone with information about where Hubbard’s location utilizes the Morgan County Sheriff’s Office Tip Link. They also encouraged Hubbard to turn himself in at the Morgan County Jail.