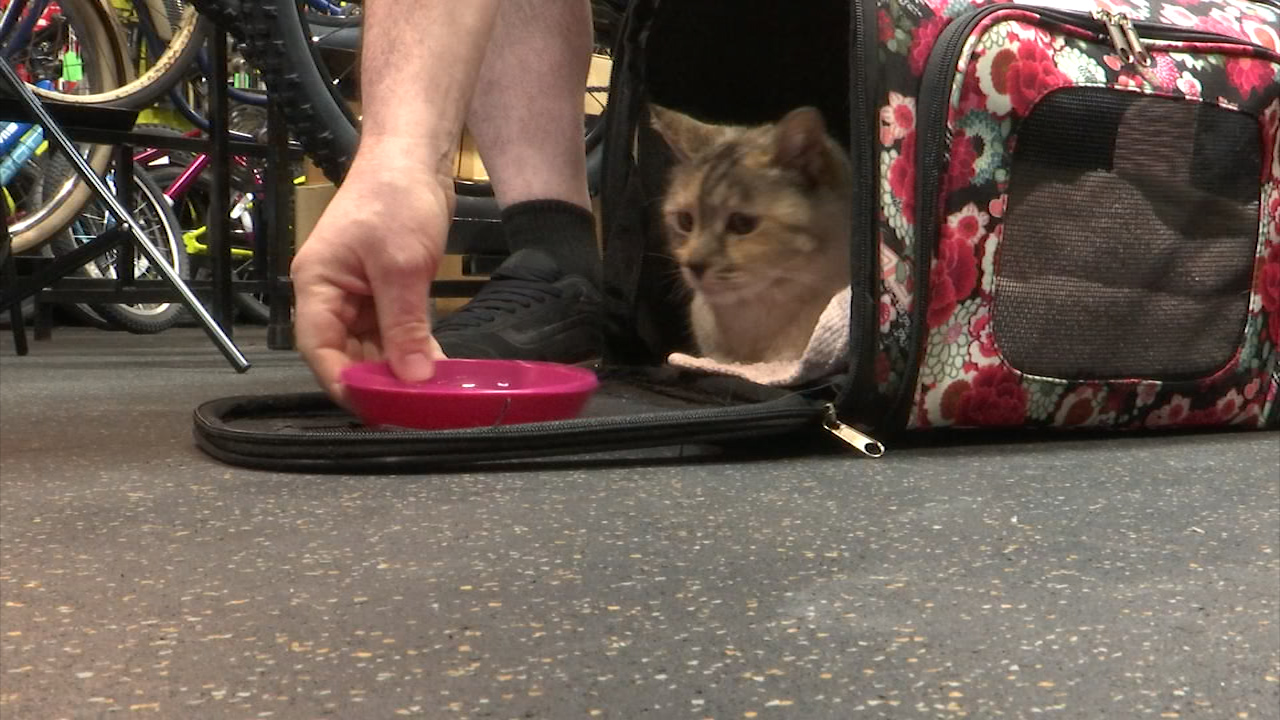 EDITORS NOTE: This story has been edited to correct the year the cat went missing. It happened 7 years ago, in 2015.

KNOXVILLE, Tenn. (WATE) — A Knoxville family is now whole again and it’s all thanks to microchipping and a man on a mission. It was a heartwarming moment Wednesday at Bearden Bike and Trail as “Ebi” the cat along with John Welsh made a grand entrance.

“It’s been such a long time. We never thought we would see her again,” said Joe Drnec with his wife Leanna at his side. The Drnec’s adopted Ebi in 2015 while living in California. They said a phone call earlier this week that the cat had been found left them stunned.


First graders come to the aid of teacher having medical emergency

Welsh traveled all the way from southern California to reunite Ebi with her owners. Welsh is the animal services chief in Riverside County, California. He says somebody brought Ebi to their shelter as a stray in January and through Ebi’s microchip Welsh and his team found the Drnecs.

The Drnecs moved to Knoxville from California in 2015 but lost their beloved cat prior to the move. They say Ebi enjoyed being outside but one day never came back home.

“We really hoped and prayed that she found a good home and that’s kind of what we thought in the back of our minds, she must have found a good home,” Joe said. “I think that’s what people do just to kind of cope with it.”

Welsh paid for the trek with Ebi himself.

“It took us some time to figure out what we’re going to do, how to get this cat back to Knoxville,” he said. “The logistics were basically me asking my wife, ‘Can I do this and you’re not going to kill me?’ And the reason why I have to ask my wife is because we can’t use taxpayer money on a personal pet.”

Welsh said less than 2% of impounded cats are reunited with their rightful owners.

“My wife and I, we don’t have children. We just lost our cat recently and that was really hard for us. I know how much cats mean to people so very much, money very well spent.”

The Drnecs have set up a separate room in their house for Ebi so she can acquainted with living with the couple again.

“When you see so much bad on the news and in the world, you see something like this it reminds you of the goodness in humanity and just there is so much goodness out there still,” Joe said.

Welsh says if you are moving, have a pet microchipped, and are changing your phone number, to update your contact information so if your pet goes missing, you can be found.