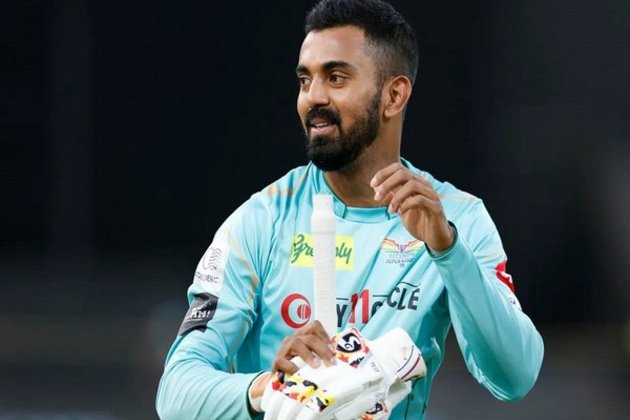 Mumbai (Maharashtra) [India], May 7 (ANI): Former Indian cricketer Suresh Raina reckons Lucknow Super Giants captain and star batter KL Rahul is in the best phase of his career because of the positive mindset with which he’s batting in the IPL 2022.

The LSG opener is the second highest run-getter in the ongoing edition of IPL and is leading his team by example as the tournament debutants look playoffs favourites.

Speaking on ‘Cricket Live’ on Star Sports, Raina said: “KL (Rahul) is in the best mindset right now, he’s batting with a very positive mindset. He is playing some amazing shots which proves that he is in the best phase of his career. He is trying a few new things as well this season (in his batting).””He plays with the mind of the bowlers and traps them. He forces the bowlers to bowl in the areas which are his strong zones and constructs his innings accordingly. It is really commendable to see him bat like this,” he added.

Former Indian cricketer Mohammed Kaif believes the Karnataka batter is capable of playing aggressive shots from the start of his innings but he’s curbing his instincts to ensure he plays long and impactful knocks in the tournament.

Kaif said, “KL Rahul is trying to play captaincy innings this year. He can be aggressive from the word go and he’s capable of starting his innings with a six but he is curbing his instincts in order to play long and impactful knocks. He has all the shots in his arsenal, he can play sweep shots, he can pull shots, and he plays those cut shots brilliantly but the reason why he’s taking his time into the middle is to prolong his innings. He can take risks as there are many good batsmen in his team but he’s looking to bat with the responsibility and lead his side from the front.”While another former Indian cricketer Irfan Pathan claimed KL Rahul is one of the most valuable batter because he has the ability to show at various positions and in different modes.

Irfan said, “KL is a street smart batsman. He is capable of batting at any position, he has done that in India colours and one can do that with such ease only if he’s talented. He is one of the most valuable Indian batters because he has the ability to play in different modes.”LSG will take on Kolkata Knight Riders at Maharashtra Cricket Association Stadium in Pune on Saturday evening. (ANI)