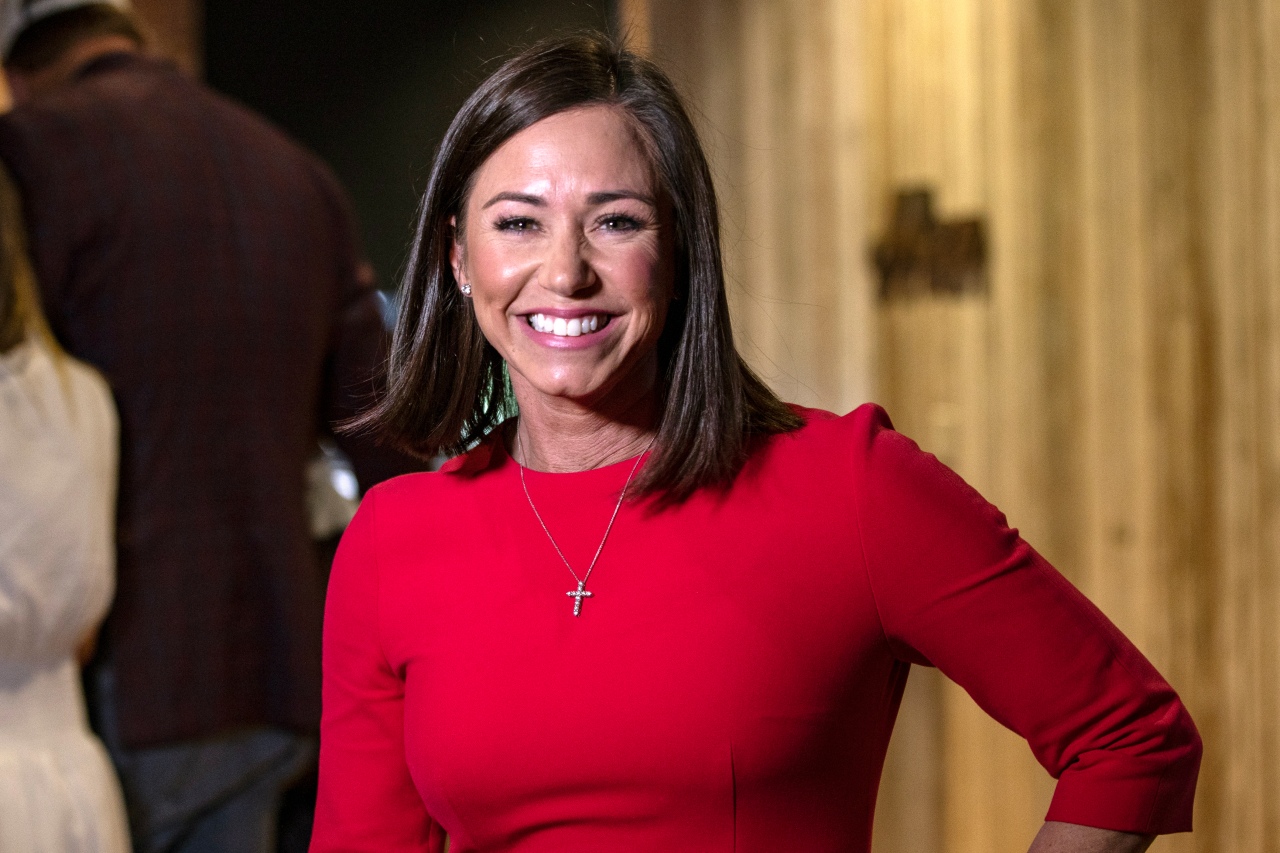 MONTGOMERY, Ala. (WIAT) — Katie Britt, the former aide to Sen. Richard Shelby and the former head of the Business Council of Alabama, has won the Republican nomination in the US Senate runoff race Tuesday.

Britt, 40, was declared the winner by the Associated Press over Rep. Mo Brooks (AL-5) just after 8:30 p.m. with 65% of the votes. The race was called with 35% of the votes being reported. She had been the heavy favorite in a recent poll conducted by CBS 42, The Hill and Emerson College last week.

Brooks had requested a debate between the candidates ahead of the runoff election to which Britt declined. She narrowly avoided the runoff in the May 24 primary election, garnering nearly 45% of the votes. But due to not reaching that 50% threshold, second-place vote-getter Brooks forced another election.

“The next step is to send Joe Biden a message in November,” Britt said. “I am looking forward to working alongside my fellow Republican nominees across the country to retake the House and the Senate so we can once again put America first.”

Britt had been endorsed by former President Donald Trump in the days leading up to the election which may or may not have swayed voters. The same poll found that the number of voters who took into account the endorsement fell from 50% to 40%.

Brooks had previously been endorsed by the former president but lost it in April 2021. Trump had not endorsed any other candidate before the primary and after Brooks attempted to get the backing again, Trump officially co-signed Britt.

Congratulatory messages for Britt have come from a handful of organizations and public officials since she was declared the winner. Ronna McDaniel, the chairwoman for the Republican National Committee released a statement saying Britt “will advance Alabama values” and Lt. Gov. Will Ainsworth tweeted that Britt “will be a great Senator.”

Britt will now face off against Democratic challenger Will Boyd, a former pastor and the former chair of the Lauderdale County Democratic Party, in the Nov. 8 general election. Boyd ran away in the Democratic race, netting more than 63% of the total votes cast.